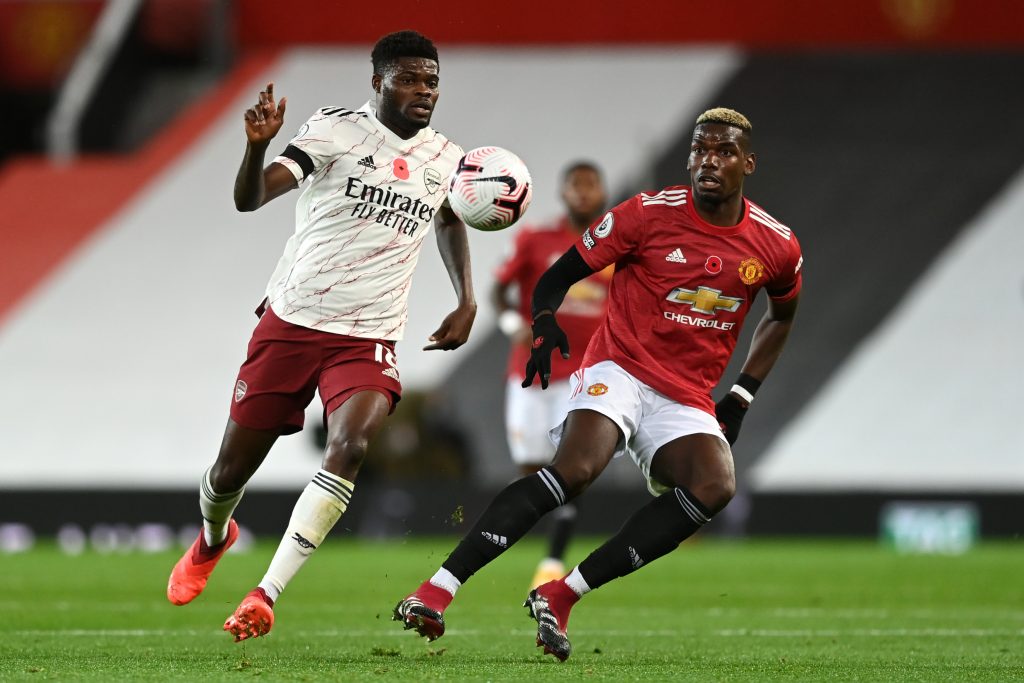 Ghanaian midfielder Thomas Partey played a great role in Arsenal’s 1-0 away win against Manchester United on Sunday night in the matchday 7 of the English Premier League.

Arsenal won their very first game at Old Trafford since 2006 and a -0 victory with Togolese superstar Emmanuel Adebayor scoring the only. Another African scored the highly-sought goal for the gunners, Pierre-Emerick Aubameyang, on penalty. While Thomas Partey was in control of the midfield.

In the first half, the 27-year-old touched the ball 42 times, making 8 recoveries before they entered the locker room.

Read more : Thomas Partey : ‘I like to be both defensive and offensive’

The former Atletico Madrid man played the entire of the game and helped his side in keeping their advantage. It is also the first time that Arsenal are winning a game against a big six club since 2015.

In addition, the Emirates Stadium outfit will take on Molde on Thursday for their third Europa League game.