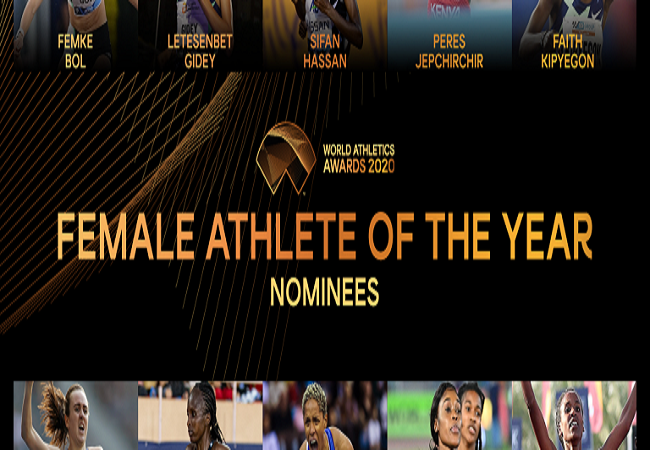 As expected, World Athletics, the International Association of Athletics Federations, announced the nominees for Female Athlete of the Year. Five African women in the race.

Letesenbet Gidey at the top list,. This year, the Ethiopian achieved the world record of 5,000 m in 14:06.62. Her compatriot Ababel Yeshaneh broke the semi-marathon world record in 1:04:31.

Alongside them are Kenyans Peres Jepchirchir and Faith Kipyegon. The first is the reigning world champion in the semi-marathon. While the second is undefeated in 5 races in all competitions.

Other favourites for the title are Dutchwoman Sifan Hassan and Jamaican sprinter Elaine Thompson-Herah.

British Laura Muir, Yulimar Rojas of Venezuela and another Dutchwoman Femke Bol are also in the race.

In addition to these two categories, 6 other trophies will be awarded on 5 December in Monaco.