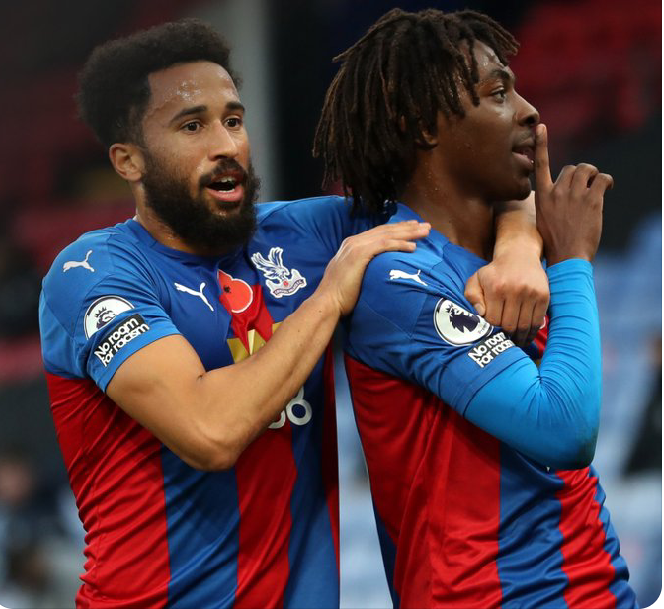 Crystal Palace continued their dominance against Leeds Uniter after an emphatic 4-1 at the Selhurst Park in Saturday’s Premier League game head of the international break.

Scott Dann headed in Eze’s corner to put the hosts in front on 12 minutes.

Read Also: Jordan Ayew ;happy to be back with Crystal Palace

It was  the fifth time Eberechi Eze has both scored and assisted in a single league game and the first time since a goal and assist against Preston in March 2020.

Patrick Bamford, who had an earlier effort overturned by the VAR for offside, pulled a goal back in the 27th minute, volleying in Mateusz Klich’s pass.

Palace restored their two-goal lead three minutes before half-time when Patrick van Aanholt’s cross was deflected in by Helder Costa.