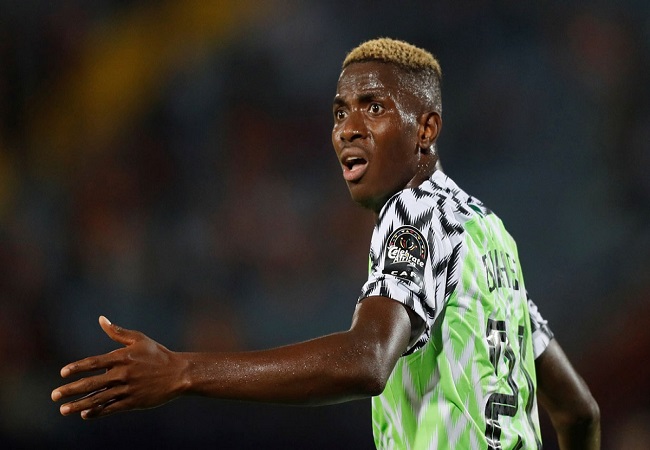 Aurelio De Laurentiis, Napoli president and owner, is considering stopping his most expensive signing Victor Osimhen from linking up with the Nigeria squad next week.

The 2015 U17 World Cup winner has been recalled to the national team. It’s witihn the framework of the Africa Cup of Nations qualifying double header matches against Sierra Leone.

Last month, Osimhen was barred from reporting for international duty. Because the Napoli players were ordered into quarantine following three positive COVID-19 cases.

According to Italian sports daily Corriere dello Sport, Napoli believe that national team matches add an extra burden to the club during the coronavirus pandemic.

Napoli are concerned that their players risk suffering injuries while on international duty due to their hectic schedule.

Under the revised FIFA rules, European clubs are not obliged to release their players to the Federations for international matches, competitive or not.

With three goals in addition to two assists to his name, Osimhen has been the Super Eagles’ most influential player in the 2021 AFCON qualifiers. Having contributed to 83.3 % of their goals.