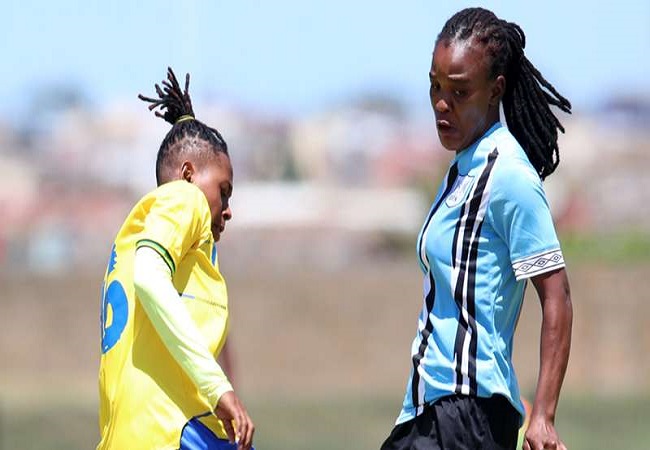 Tanzania lost 0-1 to Botswana on Saturday in the Cosafa Women’s Cup encounter in South Africa. The East Africans suffered a setback in their campaign at the ongoing 2020 Cosafa Women’s Cup following their narrow defeat against the Zebras.

Mokgabo Thanda’s lone effort helped the Botswana to send the Twiga Stars on the brink of elimination.

It was the first-ever meeting between the two teams in the competition resulting in Tanzanians’s first defeat of the competition. But the East Africans could not replicate their winning form following a 1-0 win over Zimbabwe last Wednesday.

After a drab, scoreless first half, the Zebras stunned the Cecafa runners-up when Thanda fired Botswana ahead two minutes after the restart at the Wolfson Stadium.

The East Africans mounted pressure in search for an equaliser. But their Zimbabwean counterparts held their nerve to claim the win.

The defeat leaves the Tanzanians on the brink of elimination from the competition. As the recorded a win in two matches in Group C.

With the hopes of progressing to the next round now out of their own hands, the Twiga Stars will hope Zimbabwe beat Botswana with a lone goal on Monday, in order to advance on goal difference.

Botswana’s captain Bonang Otlhagile was voted the Player of the Match following her crucial winner against Tanzania.

As it stands, Bostwana are leaders of Group C with three points on goal difference. Despite being tied on points with second-placed Tanzania.