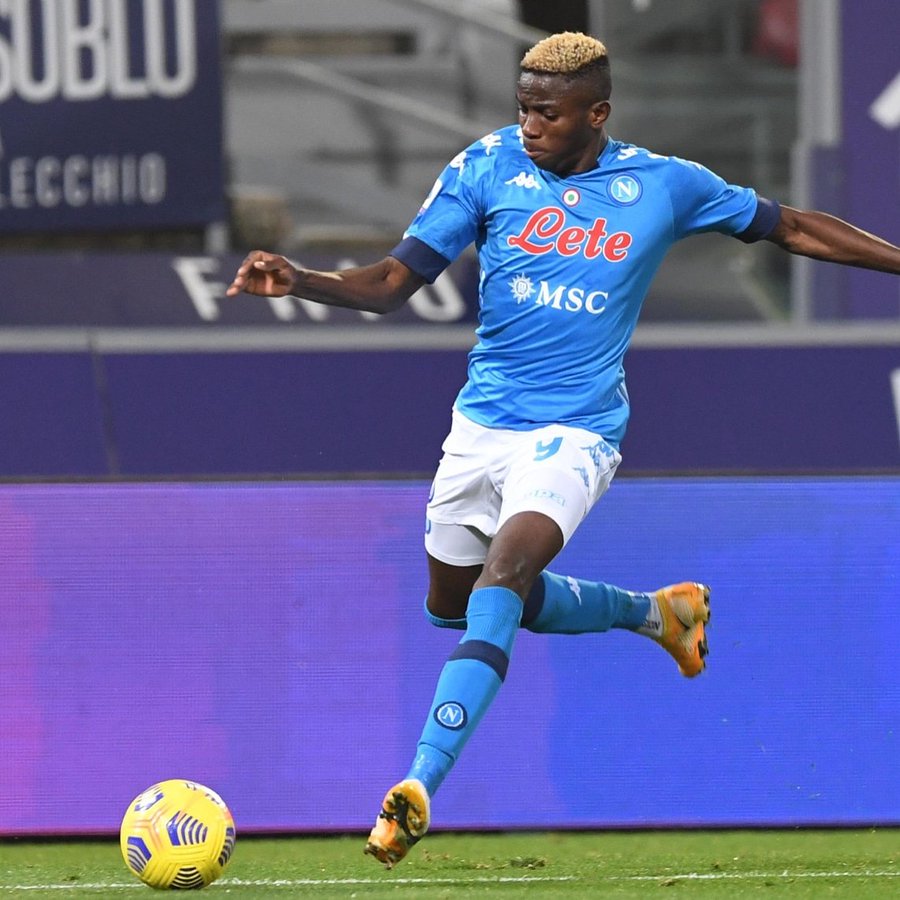 Victor Osimhen Napoli will have their appeal heard in front of the Corte Sportiva d’Appello in order to wipe out the 3-0 defeat given by the Disciplinary Commission.

A three point and three goals was awarded to Juventus by the Serie A disciplinary Committtee as punishment to Napoli for not showing up for the game against Juventus at the Allianz Stadium on October 4.

Osimhen and his teammates couldn’t travel to Torino as they were banned from doing so by Naples health authorities after two of their players tested positive for coronavirus.

Despite request from Napoli for the game to be postponed, Lega Calcio turned deaf ears to their request.

Africa Top Sports learnt from La Gazzetta dello Sport that Napoli president Aurelio De Laurentiis will attend the session in order to reiterate that he didn’t ask an intervention from health authorities and that the ban received by the club has to be considered as a force majeure event.

Also, the club lawyer Mattia Grassani will also show evidence that the trip to Torino was planned in detail, with things. like a new round of tests to be held for players and staff at the hotel on the morning of the game.

In case the Disciplinary Commission’s decision is upheld, Napoli will appeal it again in front of Coni’s Collegio di Garanzia, the third degree of sports justice in Italy.

If the Disciplinary Commission’s decision is overturned, Napoli will receive the point docked back and the game against Juventus will be played in the next few weeks.