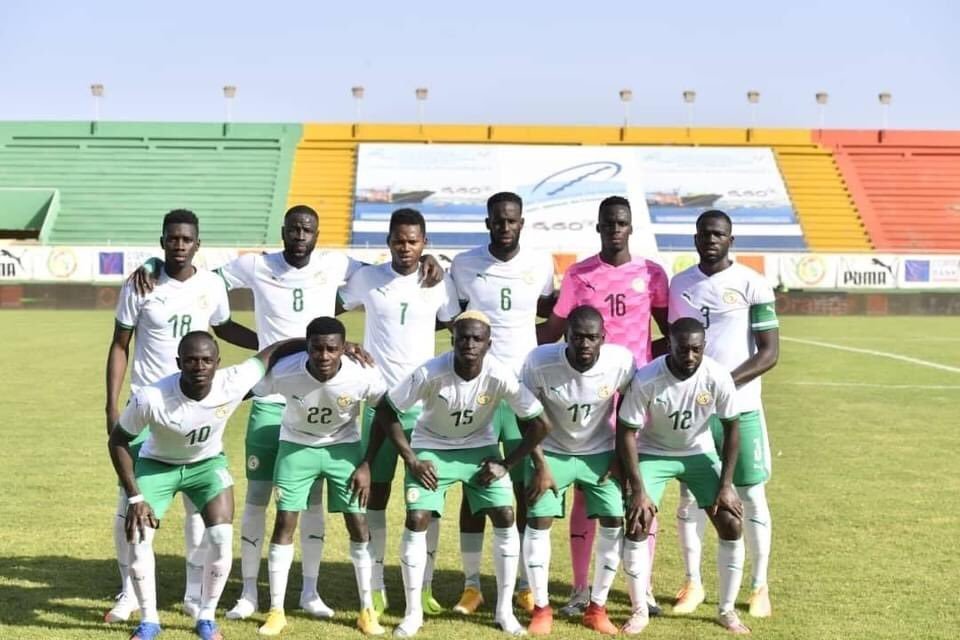 A first half penalty converted by Sadio Mane and Opa Nguette second half goal ensured Senegal remain of of Group I in the 2022 AFCON qualifier.

Competitive football returned to Africa as the AFCON qualifier took the centre stage after the qualifier was suspended due to the outbreak of coronavirus.

The 2019 AFCON runners up continued from where they stopped before the qualifier was suspended with a convincing 2-0 win.

Senegal waited for long before they broke the deadlock against a determined Guinea Bissau side.

Watford forward, Ismaila Sarr was fouled right inside the box as the referee pointed tongue spot.

Mane took matters upon himself as he stepped forward and calmly tucked the bal inside the net to give his the breakthrough in the 44th minute.

Opa Nguette scored in the 74th minute to seal the victory for the Teranga Lions.

The victory edged Cisse and his player closer to qualifying for the 2022 AFCON as they currently top the group with nine points from three games.