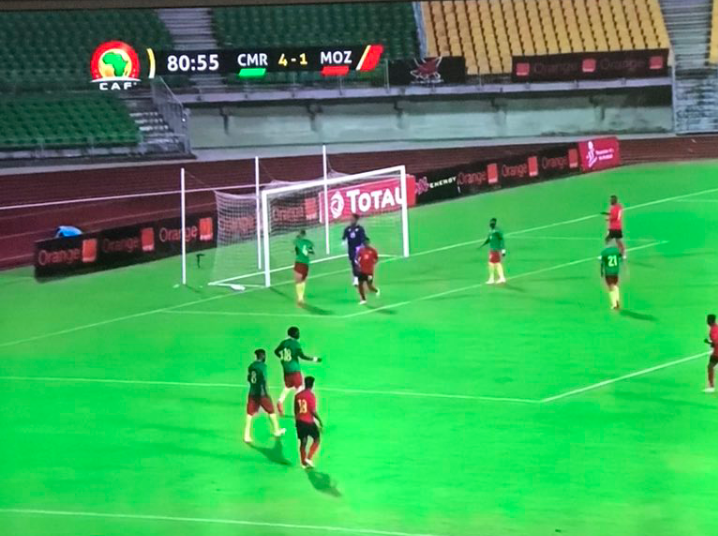 The Indomitable Lions of Cameroon thrashed Mozambique 4-1 at the Douala reunification stadium to move top of Group F in the 2022 AFCON qualifiers.

A brace from Vincent Abubakar and goals from Frank Zambo-Anguissa and Clinton Njie  gave Cameroon their second victory as well as toppled Mozmabique.

The hosts were offensive from the word go with Jean Charles Casteletto and Christian Bassogog initiating some chances that were however not converted.

After miscuing several chances, Cameroon finally broke the deadlock in the  37th minute when Aboubakar headed home after Bassogog’s initial effort was blocked.

Despite trailing 1-0,  The Mambas out up a good fight as they tried to bounce back but Andre Onana superb saves ensured the Indomitable Lions carried their slim lead to the break.

Two minutes after halftime, they were 2-0 away when Aboubakar completed his brace when he picked up a backheel pass from Toko Ekambi before striking the ball at goal, a slight deflection taking it off keeper Pedro Frenque’s sight.

With a two goal cushion, Cameroon were more comfortable and played the ball with ease.

They would go 3-0 up in the 58th minute when ANguissa thumped home a bullet header off a Moumi Ngamaleu cross.

Mozambique grabbed one back with 15 minutes left on the clock when substitute Cumbane Kamo Kamo found the back of the net barely 10 minutes after coming on.

However, Cameroon would seal the victory 10 minutes to time Njie finishing off a Zambo-Anguissa pass.

They will now travel to Mozambique for the second leg of on Monday.