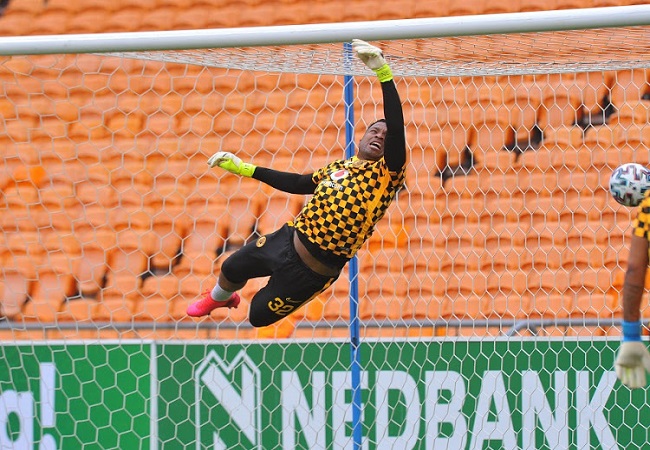 Bafana Bafana and Kaizer Chiefs goalkeeper Itumeleng Khune feels fortunate to be part of the Bafana Bafana squad. As South Africa will do duty in upcoming back-to-back Africa Cup of Nations (AFCON) qualifiers against Sao Tome and Principe Taking place on 13th and 16th November.

And Khune hasn’t played since, yet was still named by Bafana Bafana coach Molefi Ntseki as one of three goalkeepers. The others being Ronwen Williams and Darren Keet.

And although Khune began his current season in goal for Amakhosi, a dismal performance in a 3-0 loss to Mamelodi Sundowns in the first league game of the campaign saw him dropped in favour of Nigerian international Daniel Akpeyi.

On the media this week, the goalkeeper claimed he didn’t mind that there have been question marks over his inclusion. And he said that he thrives under criticism.

“To be quite honest, critics will always be there. And that’s what brings the best out of every player.” Khune was quoted as saying by the Sowetan.

“I think the strong mentality has kept me going since day one. I always turn negativity into positivity. And that has kept me going, and I will continue working hard at club level to gain my confidence back. I was out for nine months, and I cannot be hard on myself.

“The guys know what I have achieved in my career. And there is no need to remind them about that.” He continued.

“I don’t have to get to camp and start being big-headed and looking down on my teammates. My presence itself should say a lot. I am not an arrogant player, I am humbled. I think the other guys draw inspiration from me. We are here to work as a team and not as individuals.”