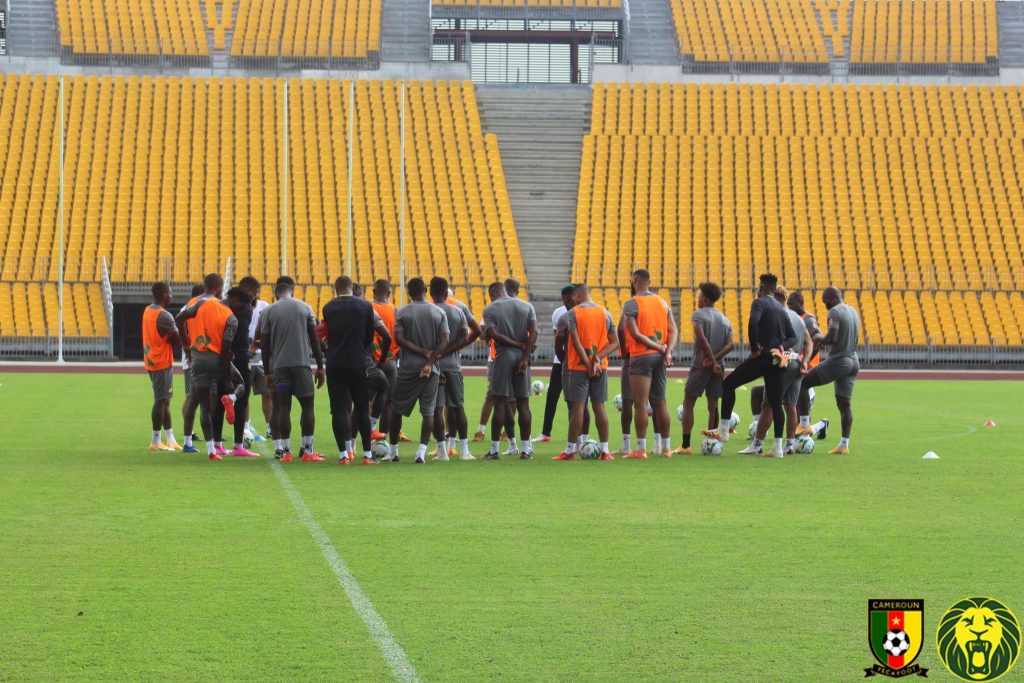 The Cameroonian Football Federation has confirmed that the Indomitable Lions will wear a black band in tribute to the children murdered in Kumba.
The Indomitable Lions will host Mozambique on Thursday in Group F of the 2022 Africa Cup of Nations qualifier at the Reunification Stadium Douala.
This was disclosed via a statement on the Cameroon FA official Twitter handle on Thursday morning.
“IndomitablesLions will each wear a black band in tribute to the children murdered in #Kumba.”
On October 24, 2020, gunmen stormed a private school in Cameroon’s Anglophone South-West region and killed 7 children while 13 others were injured.
No group claimed responsibility for the gruesome murder but the government  accused armed separatists who have called for a boycott of education in the Anglophone regions since 2017.
Cameroon vice president of the Ambazonia Interim Government, one of the main separatist groups, said in a statement on October 25 that Cameroonian soldiers carried out the attack.
On the day of the attack, Cameroon’s communications minister announced an investigation.
The Indomitable Lions will be hoping to go top of Group F at home against Mozambique who currently top the group on goal difference.