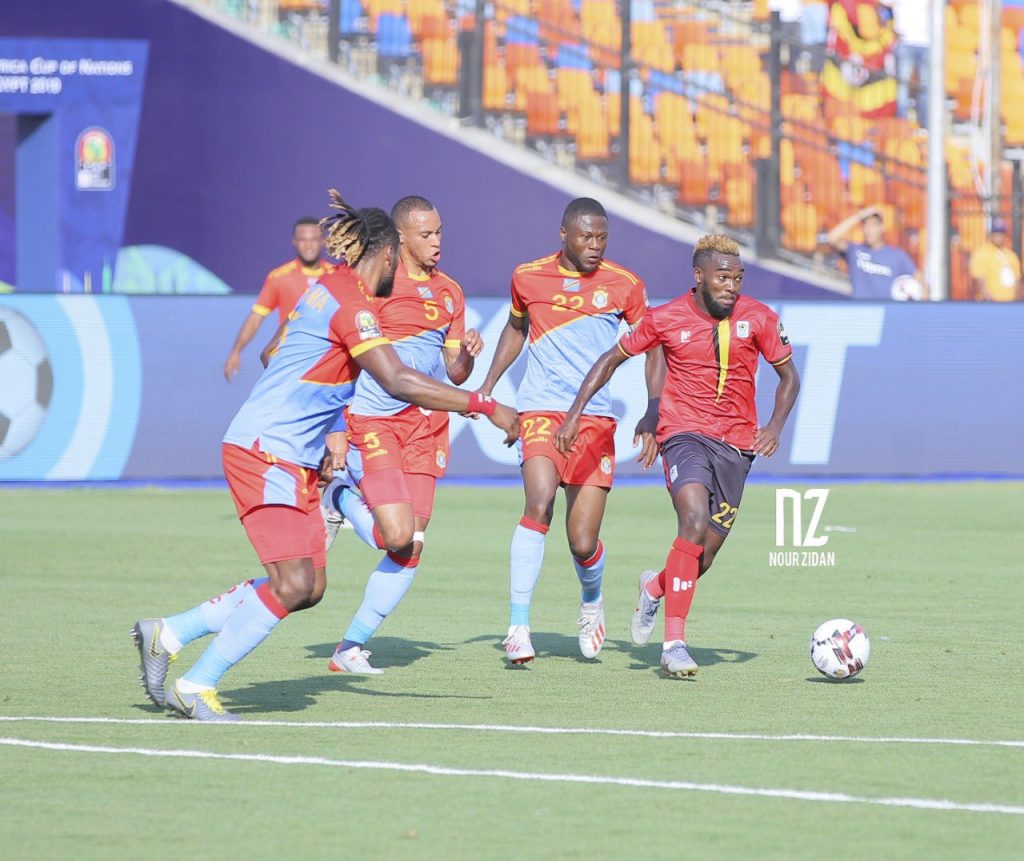 South Sudan stunned Uganda 1-0 at Nyayo Stadium, Kenya, on Monday in a group B qualifier of the Africa Cup of Nations.

The result means that both teams remain in contention for a place at the Africa Cup of Nations finals each with two games to spare.

South Sudan took a surprise lead through Tito Okello who converted from the penalty spot in the 37th minute.

Khalid Aucho of Uganda was red carded for fouling one of the players for South Sudan to give away the penalty.  The hosts led 1-0 at half time.

Uganda went into the match aware that a win would seal their qualification to Afcon finals.

However, the red card cost the Ugandans who are on second place in the group with seven points from four games whereas Burkina Faso are on top with eight points after forcing a goalless draw in Malawi also on Monday.

The Cranes had won 1-0 in the first leg played last week in Uganda. South Sudan’s dream of qualifying for Afcon has also ended.