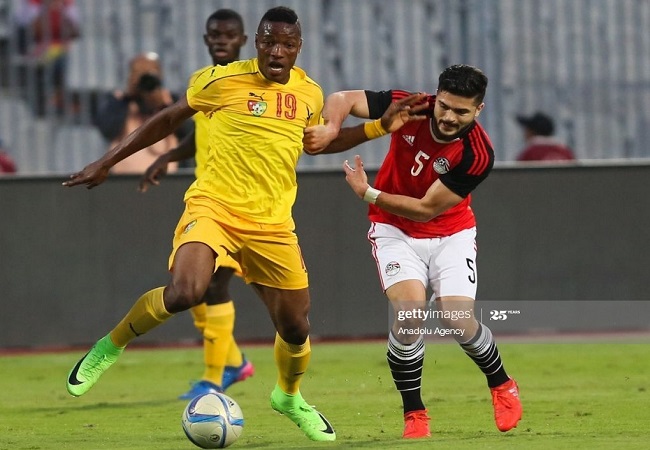 Egypt is facing Togo in the 2021 AFCON qualifiers 4th gameday. Having beaten the Sparrowhawks 1-0 in Cairo last weekend, the Pharaohs are in Lome for the return game today. The game will take place at the Stade de Kégué kicking off at 16:00 GMT.

An away win for Egypt over Togo in the second of a double-header would put the record seven-time African Champions in pole position to qualify for the African Cup of Nations.

The Pharaohs ended their winless start to their Group G campaign by beating Togo 1-0 on Saturday, thanks to a second-half header from defender Mahmoud Hamdi on only his third international appearance.

They are second in the group with five points, three behind surprise package Comoros and two clear of third-placed Kenya. Togo have a solitary point from three matches.

Should Egypt defeat Togo again in Lome, they will go level on points with Comoros. And they will open up a five-point lead over Kenya with only two matches remaining. The top two in the group will reach the Cameroon finals.

Despite Egypt’s victory over Togo, there are questions following a sluggish display that had fans wondering whether the team could mount a serious title challenge if they reached the Nations Cup.

The hosts appeared greatly affected by the absence of talisman Mohamed Salah. He who tested positive for COVID-19 just one day before the first leg game. The Liverpool star will not be available again in the away fixture as he self-isolates.

“People should bear in mind that we are going through difficult circumstances.” Egypt coach Hossam El-Badry said following the win over Togo.

“We haven’t been able to assemble for almost a year. So it’s very difficult to find the needed harmony right away.”

Egypt will also have to do without right-back Mohamed Hani, who picked up a knee injury in the weekend game. Pyramids’ versatile midfielder Ahmed Tawfik is expected to deputise for him.