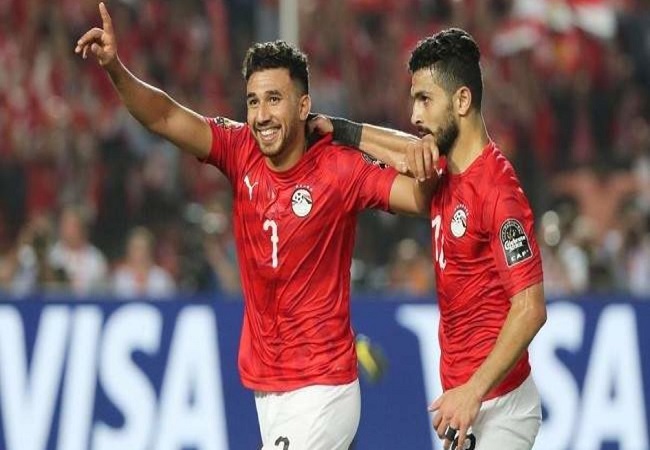 The Egyptian national team defeated Togo 3-1 on Tuesday in the fourth round of 2021 AFCON qualifiers. The Pharaohs are thus closer to continental competition’s final phase. With this win, theys have secured eighth point sharing the lead of Group G with Comoros.

For Mahmoud “Trezeguet” Hassan who scored Egypt’s third goal on Tuesday, the Pharaohs’ target is to clinch the long-awaited title of the Africa Cup of Nations 2021.

“Our target is not only to qualify for the AFCON. We want to win the title to make Egyptians happy.” He told ON Time Sports TV Channel.

“We do our best in each game to achieve victory despite the tough conditions. We entered the game determined to win.” The 26-year-old winger added.

Egypt were missing many key players in the game against Togo. Most notably Liverpool’s Mohamed Salah and Arsenal’s Mohamed Elneny who had both tested positive for COVID-19.

“We gave a better performance in the away game than in Cairo. We hope our performance improves in the coming period.” Concluded Aston Villa and Egypt’s forward.