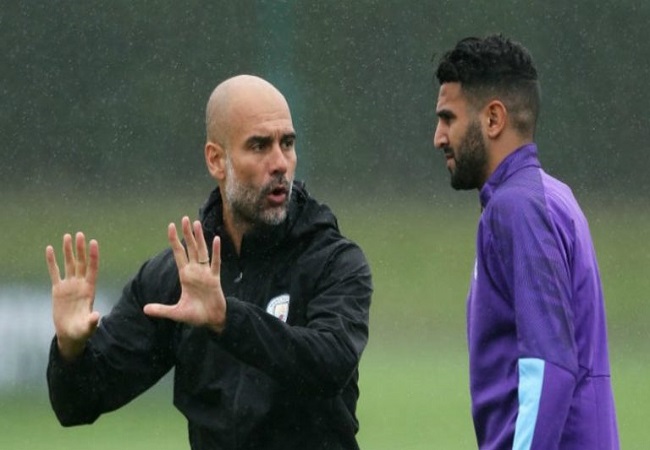 Manchester City coach Pep Guardiola has chosen to do without Riyad Mahrez. He who was absent from the line-up sheet against Liverpool (1-1).

The Algerian international was not selected for the Manchester City – Liverpool clash for the Premier League 8th gameday. This situation raised many questions and interpretations among observers and fans of the player.

Often substitute during his first season (2018/19) with the Skyblues, the Algerian had won his place in the starting line-up after his 2019 AFCON title. But Guardiola is still visibly reluctant to line him up for the big posters.

The absence of Mahrez was surprising since the Green captain suffered no injuries. The English media, Manchester Evening News, then revealed that the absence of the former Leicester City player was due to the decision of his coach Guardiola to rotate his squad.

However, according to the Algerian journalist Mohssen, during a meeting between Mahrez and Guardiola, the latter informed the African champion that he will not start the match against Liverpool. According to the same source, Mahrez would not have appreciated this decision. And he manifeted his anger. A gesture that cost him a participation against Liverpool.