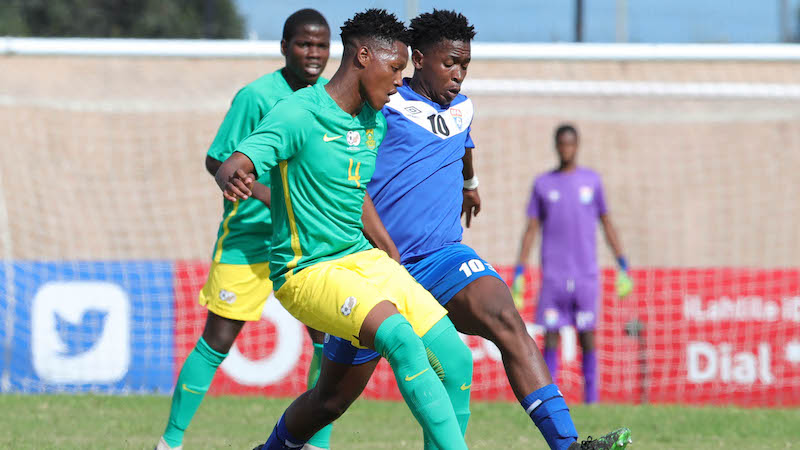 Hosts South Africa started their Cosafa Men’s Under-17 Championship with a 2-0 win over neighbours, Eswatini, whereas Zimbabwe and Angola shared the spoils on November 19 2020.

It was an opening day that saw three goals converted from a penalty spot in two games for group A.

The group A clash between South Africa and Eswatini took place at Nelson Mandela Bay Stadium in Port Elizabeth.

This was the venue of the recent under-17 and senior women’s championships.

Thabang Mahlangu and Yamkela Phalane scored in either half for the hosts who lead the group temporarily.

According Cosafa website, Mahlangu headed into the net Keaviano Francis’s cross in the 38th minute, before Phalane converted from the penalty spot after break.

This was an improved start for South Africa who struggled during last year’s edition held in Blantyre, Malawi.

In another group A match, Zimbabwe and Angola settled for a 1-1 draw on the same venue.

The Young Warriors went ahead from the penalty spot through Alpha Chiwashira following a hand-ball.

However, Antonio Lopes put Angola back on level terms, yet from another penalty after Domingos was fouled in the box.

Games continue Friday, November 20 2020, when holders, Zambia, begin their title defence with a clash against Comoros in group B.

In an earlier kick-off, Malawi take on Botswana at the same venue in Port Elizabeth.

Top two teams from each group will qualify for the semi-finals and eventual finalists of the overall championship will book a ticket to Caf Under-17 Cup scheduled for Morocco.