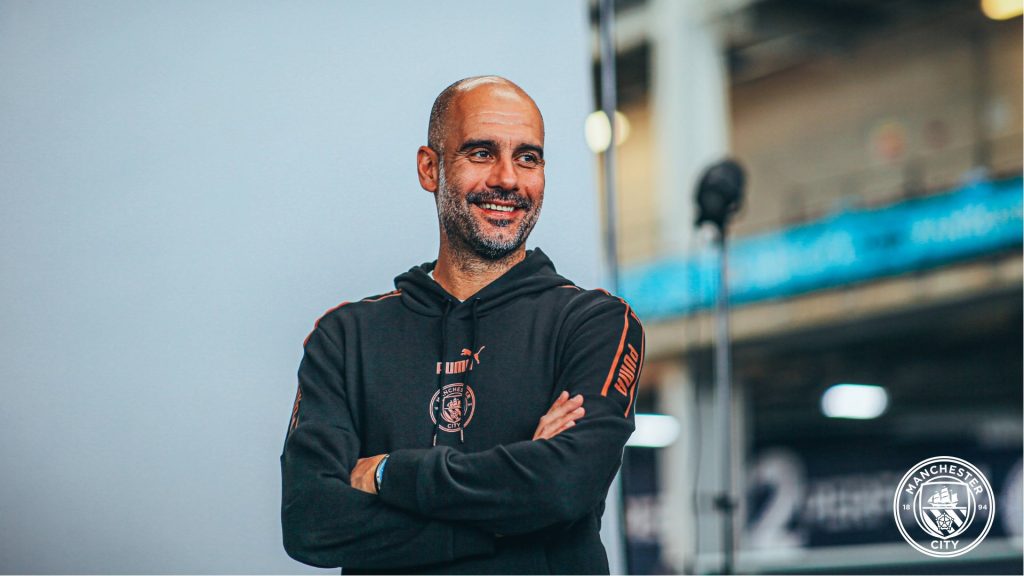 Manchester City manager Pep Guardiola has signed a two- year contract extension that will see him remain with the club till 2023.

The contract, which now runs to the summer of 2023, sees Guardiola’s commitment to City extended to seven years from his arrival in 2016.

Since joining Manchester City, Pep has had a transformational effect on the Club’s playing style and has guided the team to eight major trophies, setting a series of significant records along the way.

Pep’s current five-year stay is already the longest commitment he has made to a football Club since becoming a manager in 2008 – and this extension will see him overtake Joe Mercer and put him second on the Club’s list of longest-serving post-war managers.

“It is testament to the qualities of the man that Pep Guardiola’s passion and intelligent approach are now woven into the very fabric of the football we play and our culture as Club.

“That impact has been central to our success during his tenure and it is why I am delighted that he shares our view that there is so much more to be achieved both on and off the field.

“Pep’s contract extension is the natural next step in a journey which has evolved over many years.

“It is a product of the mutual trust and respect that exists between him and the entire Club.

“It also goes to the stability and creativity at the heart of our football operations.

“Importantly it is a validation of the football structure and philosophy that has been built over more than a decade and to which he has contributed so much.

“I’m sure all City fans share my delight in this new agreement and in anticipating the exciting opportunities that, with continued hard work, are there to be taken.”

“Ever since I arrived at Manchester City I have been made to feel so welcome in the Club and in the city itself- from the players, the staff, the supporters, the people of Manchester and the Chairman and Owner.

” Since then we have achieved a great deal together, scored goals, won games and trophies, and we are all very proud of that success.

“Having that kind of support is the best thing any manager can have.

” I have everything I could possibly want to do my job well and I am humbled by the confidence the Owner, Chairman, Ferran and Txiki have shown in me to continue for two more years after this season.

“The challenge for us is to continue improving and evolving, and I am very excited and about helping Manchester City do that.”

The club added that everyone at Manchester City is absolutely delighted Pep has extended his stay with them and wished him every success in the remainder of his time here.

In 11 full seasons as a manager, Guardiola has collected an incredible 29 major trophies.

He spent four seasons in charge of Barcelona, where he won 14 major trophies, including the Club’s first ever treble in his first year in charge.

After a year’s sabbatical in New York, he took the reins at Bayern Munich in 2013, where he added a further seven trophies to his CV whilst revolutionising the Bavarians’ style of play.

And after a season of transition in his first year at City, the 2017-18 campaign was the best in the Club’s history as Guardiola’s side set a plethora of new English top-flight and Premier League records, including winning the title with 100 points – the most ever collected.

In 2018-19 we became the first side to win a clean-sweep of domestic honours, winning the Premier League, FA Cup, League Cup and Community Shield.