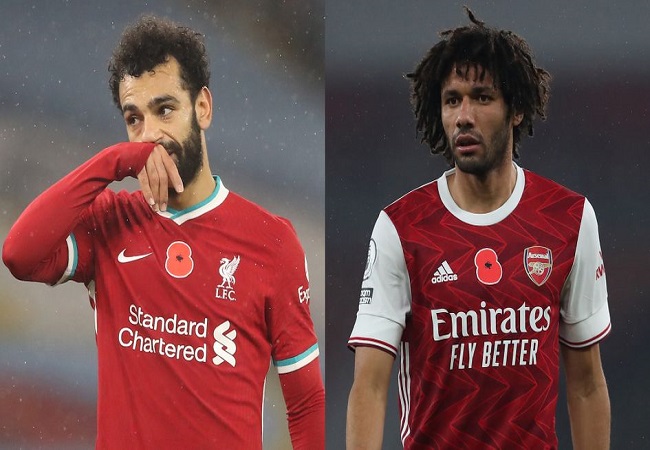 Though testing positive for Covid-19, Mohamed Salah and Mohamed Elneny have secured a private flight back to England.

Liverpool talisman Salah had to sit out Egypt’s Africa Cup of Nations qualification double-header against Togo. This after testing positive for coronavirus last Friday.

The 28-year-old posted another positive test on Wednesday while in self-isolation. And he should miss the Reds’ top of the table Premier League clash against Leicester on Sunday.

It’s reportedly said that Salah will have to wait until Monday for his next test. Which would mark his tenth and final day in quarantine if the result comes back negative.

Egypt announced that Arsenal midfielder Elneny had also contracted coronavirus on Tuesday. And he subsequently sat out their 3-1 victory over Togo. He nevertheless played in the first of their Group G meetings with their African rivals three days earlier. An encounter that ended in a 1-0 win for Hossam El Badry’s side.

The Gunners will therefore do without the 28-year-old when they take in a trip to Elland Road to face Leeds United this weekend. But he will be travelling back to London with his compatriot on Friday.

Elneny and Salah will be returning to England on a “medically equipped” plane. And they will be tested again once they touch down in the country’s capital city before continuing their respective spells in self-isolation.

The Egyptian Football Association has confirmed the news via the following statement on their official website: “Salah and Mohamed Elneny, the stars of the professional national team in England, would travel tomorrow from Hurghada airport on a private plane equipped with medical equipment. Hoping that their cases would soon turn negative and be able to return to the participation of their two teams in their next matches.

Dr. Muhammad Abu Al-Ela added to On Time sports: “As of now, if a player’s swab came back negative and a chest X-ray comes back clear they can return to the pitch. That’s why Arsenal and Liverpool asked for the return of their players.”