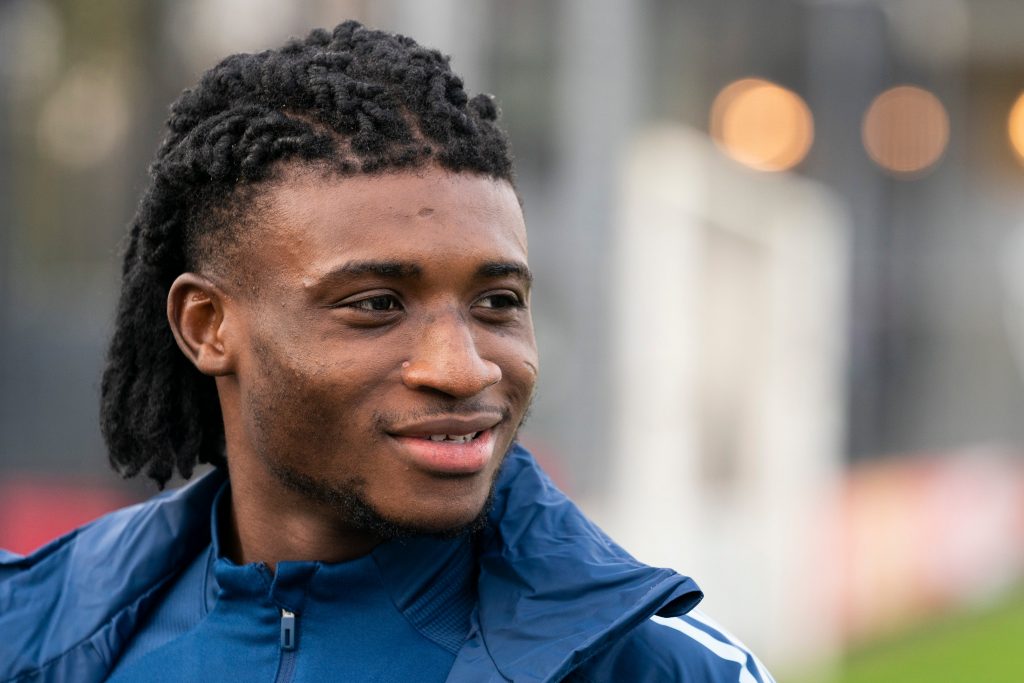 Ghanaian versatile midfielder Mohammed Kudus is recovery progressively with Eredivisie giants Ajax Amsterdam a month after having contracted a tight injury in his champions league debut.

Kudus did not play a game for Ajax since October 21 as he was compelled to let his teammates on the field with an injury against Liverpool on his UEFA Champions league debut.

So far, the 21-year-old missed a lot of games with his club as well as with Black Stars of Ghana. But a glow of hope comes for the Ghanaian midfielder as he showed off with new hairstyle and participated in a video Ajax posted on their Twitter account.

That it may help your recovery, @KudusMohammedGH! ♥️