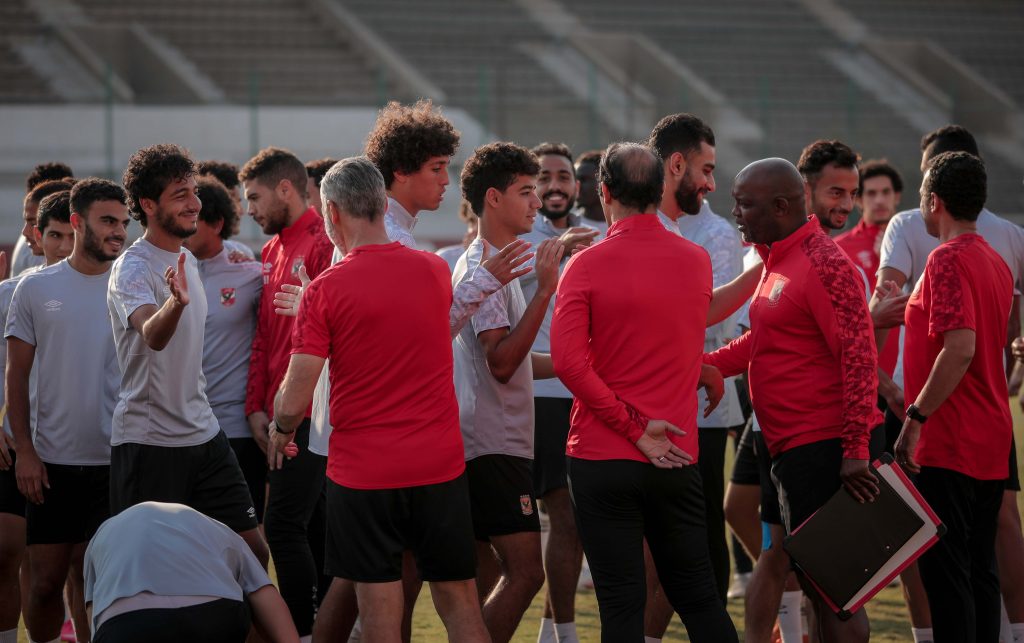 Mosimane, seeking to replicate the Champions League glory he achieved with Mamelodi Sundowns, put his charges in closed training at El Tetsh Stadium on November 22 2020, according to the Al Ahly website.

“Ahly will start a closed preparatory camp for the Champions League final after finishing Sunday’s training session,” read a statement on the club’s official website.

Ahly are eyeing their ninth Champions League title in this clash scheduled for Cairo Stadium.

However, the minor setback for Al Ahly is that they will be without winger Mahmoud Abdel-Moneim and playmaker Saleh Gomaa after the duo tested positive for Covid-19.

Al Ahly warmed up for the final by beating Abou Qir Fertilizers SC in the Egyptian Cup quarter-final.

Meanwhile, Al Ahly player Ali Malooul is expected to arrive in Cairo today after finishing his duty with Tunisia national football team.  Malooul’s arrival was delayed due to flight issues, prompting Al Ahly to send him a plane to ensure his arrival for camp training.