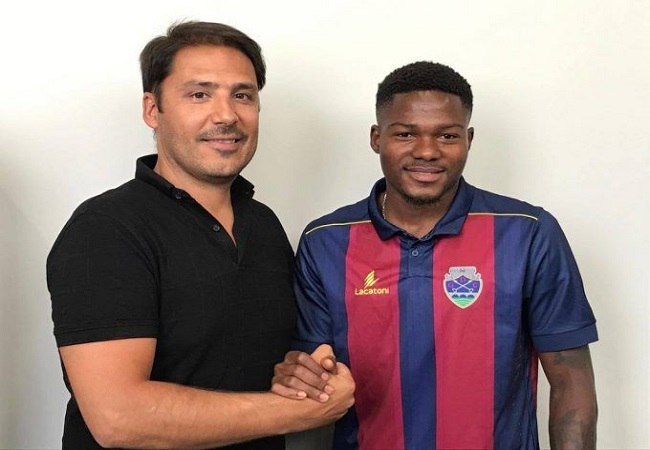 Egyptian Premier League side Wadi Degla have completed the signing of Ludogorets Razgrad winger Jorginho. The 25-year-old Guinea-Bissau international has joined up with the Community of Champions signing a loan deal with the Petro Sport Stadium side. As he struggled to impress at the Bulgarian First League outfit. He was unable to tie down a regular place in Ludogorets.

Manager Nikodimos Papavasiliou has taken the attacker. He who netted only once in eight outings for the Eagles last season, on an initial one-year temporary deal that has an obligatory purchase option inserted if the certain conditions are met.

Jorginho began his career at the Manchester City Academy between 2012-2015. There, he represented the Citizens’ U19 and U23 sides, while featuring in the Uefa Youth League.

His inability to get a chance in the English side’s first team necessitated his move to Portuguese side FC Arouca in 2016 on a three-and-a-half-year- deal. He was handed his Primeira Liga bow in a 2-1 away triumph against FC Porto – coming on as a 78th-minute substitute.

The following season, he was transferred to AS Saint-Etienne, who later loaned him to G.D Chaves. It was on a season-long move after acquiring him on a permanent basis.

In France, he made only seven appearances, including two against Manchester United in the Europa League qualifiers. While scoring in a French top-flight game versus FC Lorient.

Even at that, he couldn’t cement his place in the first-team. And he was sent out on loan to Bulgaria’s most successful club CSKA Sofia, before joining their rivals Ludogorets permanently in July 2019. In his maiden season at Ludogorets, the African scored six goals.

On the international scene, Jorginho played for Portugal at youth level. And he was part of their squad to the 2014 Uefa European U19 championship, featuring in three games. As they bowed to eventual champions Germany in the final.

In 2018, he pledged his international allegiance to Guinea-Bissau before earning his first cap on March 22, in their 2-0 friendly defeat to Burkina Faso.