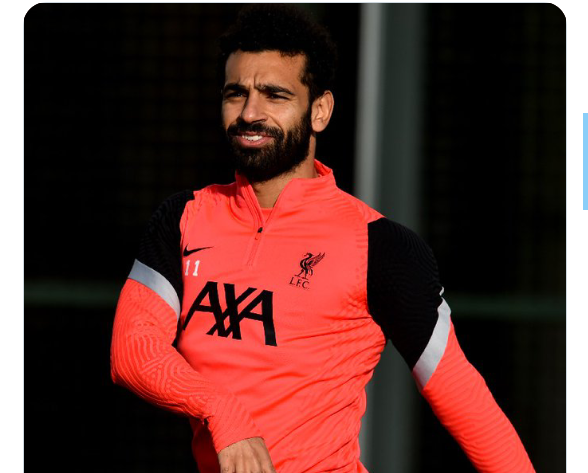 Liverpool manager Jurgen Klopp has hinted that Mohamed Salah is in contention for Wednesday UEFA Champions League game against Atalanta.

Liverpool welcomes Atalanta to Anfield on Matchday 4 of the Champions League as they hope to pick the round of 16 ticket.

Salah missed the two leg AFCON qualifier against Togo after he tested positive to COVID-19.

He also missed Sunday’s 3-0 win against Leicester City at Anfield but resumed full training on Monday.

Jürgen Klopp while speaking in  his pre-match press conference confirmed Salah was looking good in training.

“Mo trained with the team yesterday and looked really good.

“The test was negative – all the tests were negative – so, if nothing changed since yesterday, he is available.

“Now we have to see what we do with that because he was quarantined until three days ago.”

Asked for an update on Liverpool’s other current fitness concerns, Klopp added:

“All the rest, no news. One looks closer, the other one looks not that close, so that’s how the situation is and we’ll see who is available.

“I don’t want to speak too much about it because I have no idea who Atalanta can bring into this game, so why should we give any kind of information to them?”