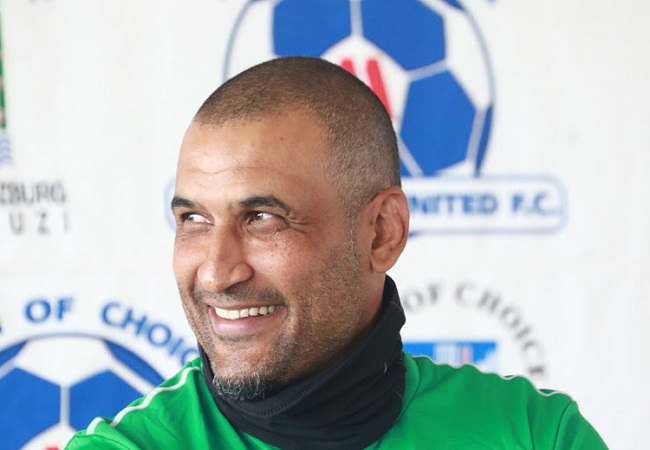 Maritzburg United have named Delron Buckley as caretaker coach, following Monday’s sacking of Eric Tinkler. Ex-South Africa international has been with the club for the past two months as an assistant to Tinkler. And he has been elevated to the role of head coach on an interim basis as the club hunts for a substantive tactician.

The club said Buckley’s immediate challenge would be to “restore some confidence on the training pitch” and “paying close attention to the players’ mindsets.”

Friday’s Premier Soccer League (PSL) hosting of SuperSport United would be Buckley’s first challenge. And he could be fancying to impress and be rewarded with a permanent job. However, subject to how long the Team of Choice take in finding Tinkler’s replacement.

“For me now as a caretaker coach, I have to boost the players’ morale. Get them motivated and get them prepared for the game on Friday. It’s up to the players to take the situation into their own hands.

“It’s a do or die game and the minute they put their foot onto the pitch, they must realise that if we are going to win, we are going to have to be aggressive and challenge for every ball. Sometimes when the going gets tough, you can’t play pretty football. You have to play the ugly way to win games.”

He takes over a side low in confidence. This following four consecutive league defeats that have left them at the bottom of the standings with zero points.

It might prove to be a huge task for Buckley to psyche-up a team. A team that has gone for a massive run of 11 winless games which started during the PSL bio-bubble.This video will start in0:46

Worst still, they face a wounded SuperSport United. They that surrendered a first-half lead before losing to Orlando Pirates in their last league match.

There is no speculation as yet regarding who might succeed Tinkler as permanent coach at the Team of Choice.