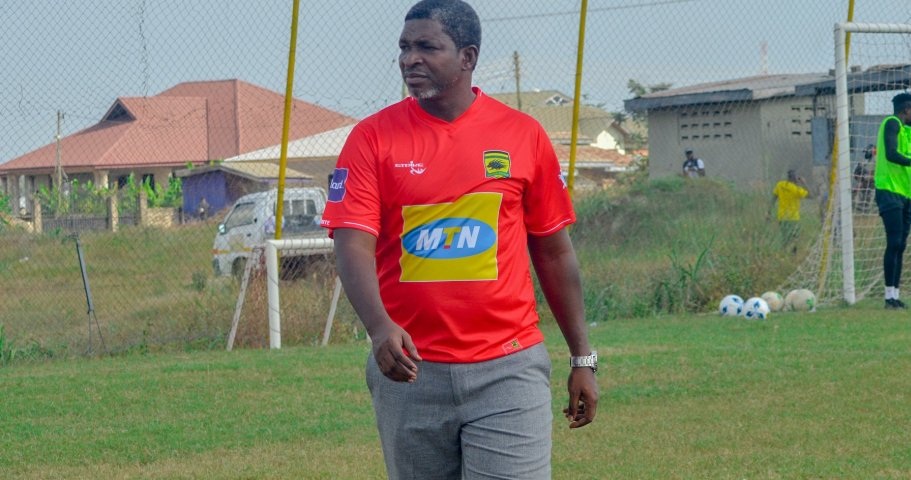 Asante Kotoko drew their second Ghana Premier League match to Berekum Chelsea on Sunday (1-1) after that of Eleven Wonders in opener.

However, Porcupine Warriors coach would have made comments on the referee of the game Daniel Laryea. An episod which obliges Ghana FA to refer the 47-year-old before it Disciplinary Committee.

Read more : Felix Anan hit with injury on his birthday as Asante Kotoko drew to Chelsea

“The Ghana Football Association (GFA) has referred Asante Kotoko Coach, Maxwell Konadu to the Disciplinary Committee for comments made against Referee Daniel Laryea, after the game between Berekum Chelsea and Asante Kotoko on match day 2 at the Berekum Golden City.” a statement on GFA’s website reads.

“Club officials and stakeholders were reminded by the GFA ahead of the season to seek redress using the appropriate procedure and made available referee Complaint Forms to all Clubs.” the FA added.

In addition, Kotoko will take on Accra Great Olympics for matchday 3 of the league.