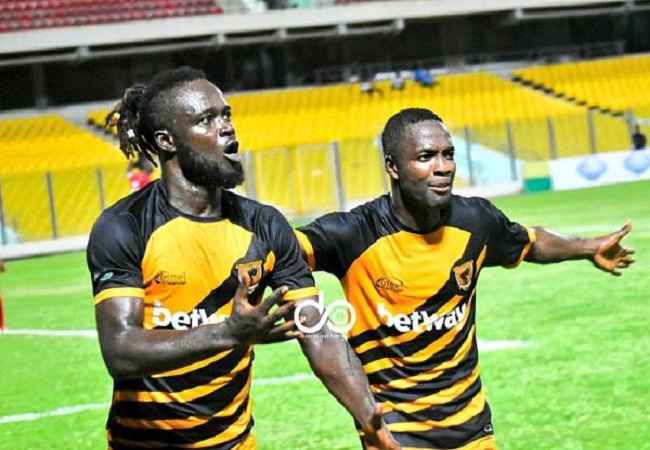 Ashanti Gold SC was in challenge against Hearts of Oak yesterday ending in 2-2 draw. And Ashanti Gold SC head coach Milovan Cirkovic is satisfied with the performance of his players.

The two of each side were brace. Kwadwo Obeng Junior in the 32nd and 80th minutes and Hans Kwofie in the 56th and 90th minutes. Both sides thus shared the spoils at the Accra Sports stadium.

The draw was the 14th in as many as 59 meetings in the Ghana league between the two sides. With the Phobians winning 27 times and losing 18.

“We played against a very strong team (Hearts of Oak). We played so well and that’s how I wanted it.” Coach Cirkovic told reporters.

“For us to get the equaliser very late in the game to make it 2-2 is good for us. I am very satisfied with how we played. I am pleased with one point.”

The Miners have picked two points from the two games played so far in 2020/21 campaign.

Ashanti Gold SC will be hosting Burkina Faso side Salitas FC in the first leg of the CAF Confederation Cup Preliminary Round at the Len Clay stadium on Sunday.