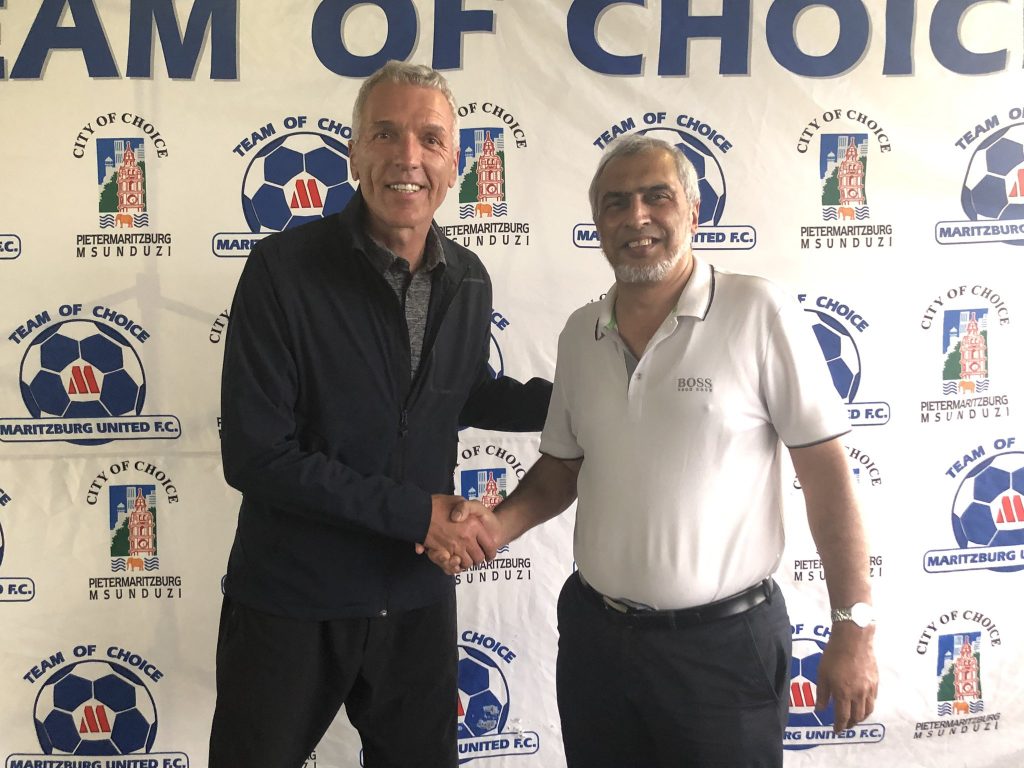 Ernst Middendorp is back at Maritzburg United. The team of choice confirmed the return of the German coach in the club for the fourth time.

Africa Top Sports told you on Wednesday that Middendorp has resigned from his post at Saint George SC as he was closed to returning in the South African top-flight.

Maritzburg United confirmed his arrival as the 62-year-old manager penned a three-year contract with the team of Choice.

“We extend a warm welcome home to Ernst and we look forward to renewing what has always been an amicable relationship,” the Chairman of the club Farook Kadodia told Maritzburg media.

“At this point, after a tough start to the season, some stability is crucial. With Ernst knowing the club inside out, understanding the culture of the team, we are confident that he’s the best man for the job and will be able to hit the ground running.

“We believe his temperament, his intricate knowledge of our club, and his vast experience over many years in the Premier Soccer League, is what the team needs right now.” he added.

It is the fourth time Ernst Middendorp will coach Maritzburg after 2009, 2012/13 and 2015/16. His main task is to move the club from the relegation zone as they lost all their four games so far this season.

The former Kaizer Chiefs coach will make his baptism of fire as Maritzburg United take on SuperSport United on Friday, November 27 at 6pm in the match day 5 of the Dstv Premiership.