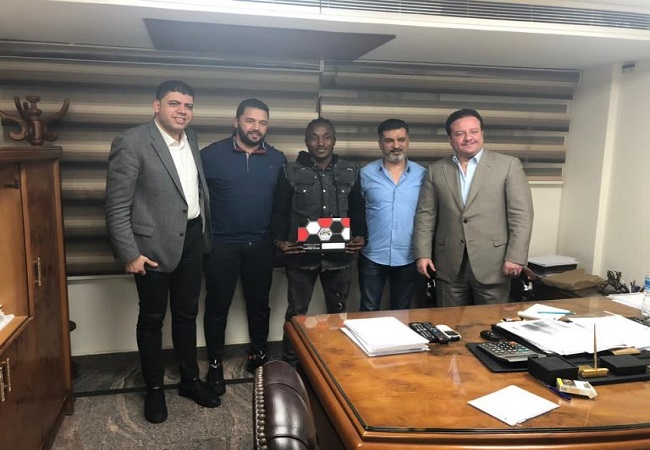 Pending since a few days, the transfer of Francis Kazadi Kasengu to Al Masry was successful. The Congolese thus left Wydad Casablanca.

Francis Kazadi Kasengu, who arrived on tiptoe at the Wydad Casablanca during last season’s winter transfer window from Chabab of Mohammedia, managed in a few months to become the masterpiece of the Reds’ attack. Remarkable performances that logically the sights of several foreign clubs. The Congolese international attacker committed to Al Masry on Friday. The now ex-attacker of Wydad Casablanca has signed for an amount about $250,000 according to several sources.

“The Al Masry club continues to strengthen their ranks and sign with the Congolese international Kazadi Kasengu for 4 seasons.” Read a statement. The player has successfully undergone medical test in Cairo. And he is ready to join the Al Masry training camp based in Burj Al Arabe this weekend.

In Egypt, Francis Kazadi will try to put his club back on the podium after their disappointing 7th place last season in the Premier League. In Morocco, former VClub’s striker scored 17 goals in 22 games with 6 assists.