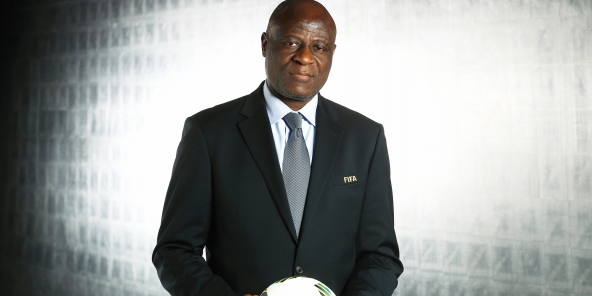 CAF interim President of CAF Constant Omari has praised the organisation of this year’s CAF TOTAL Champions League after the final was played on Friday night.

Mr Omari attended the historic final between Al-Ahly and Zamalek alongside the Egyptian Minister of Youth and Sports Mr. Ashraf Sobhy.

Al-Ahly defeated their city rivals 2-1 on Friday night to win the 2019/2020 edition of the competition.

Omari in a press release on Saturday expressed gratitude to the entire CAF team.

“I would like to express my gratitude to the entire CAF team for having fulfilled their mission this season with remarkable success, despite the difficult times we had to face with the Covid 19 pandemic.

“I congratulate the two finalists which honored the values ​​of football. It was a derby of great dignity, “said Mr. Omari.

On the sidelines of this event, Mr. Omari received Mr. Patrice Motsepe, candidate for the Presidency of Confédération Africaine de Football (CAF).

The electoral process and the future of CAF were on the agenda of their meeting.

Mr. Omari will hold a meeting with the staff of CAF at the body’s headquarters in Cairo on Sunday.