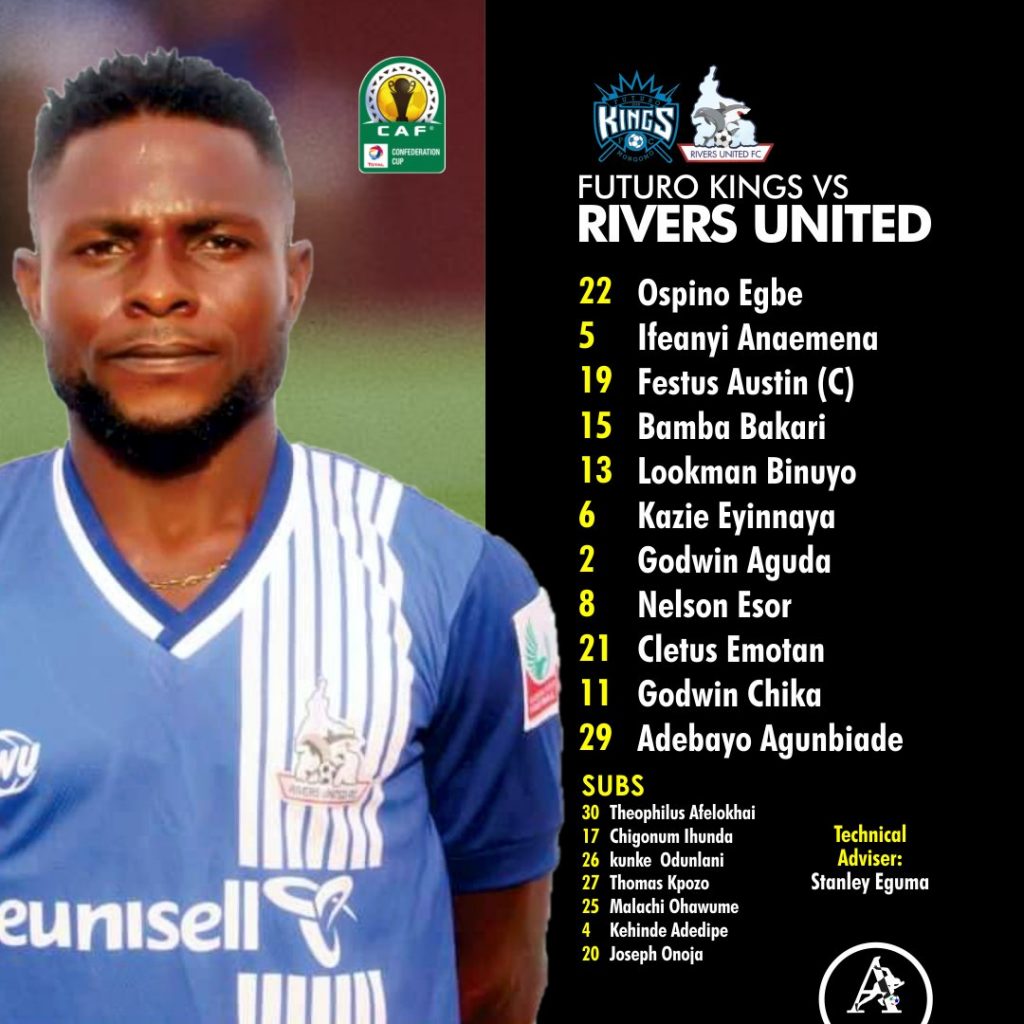 Rivers United head coach Stanley Eguma has handed experienced forward Godwin a starting XI ahead of their CAF Confederation Cup game against Futuro Kings at Mongomo Stadium.
Aguda joined Rivers United this summer and has immediately blended into Eguma style of play.
Rivers United will be playing the Equatorial Guinea side in the first leg of the CAF Confederation Cup for the first time.
The Nigeria Professional Football League(NPFL) side forward will be lead by Aguda Adebayo Agungiade and Chika Godwin.
Nelson Esor and Cletus Emotan will partner in the midfield while captain Festus Austin will start in the defence alongside Ifeanyi Anaemena. 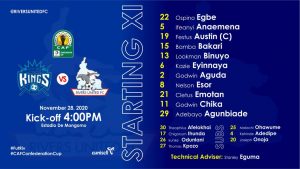