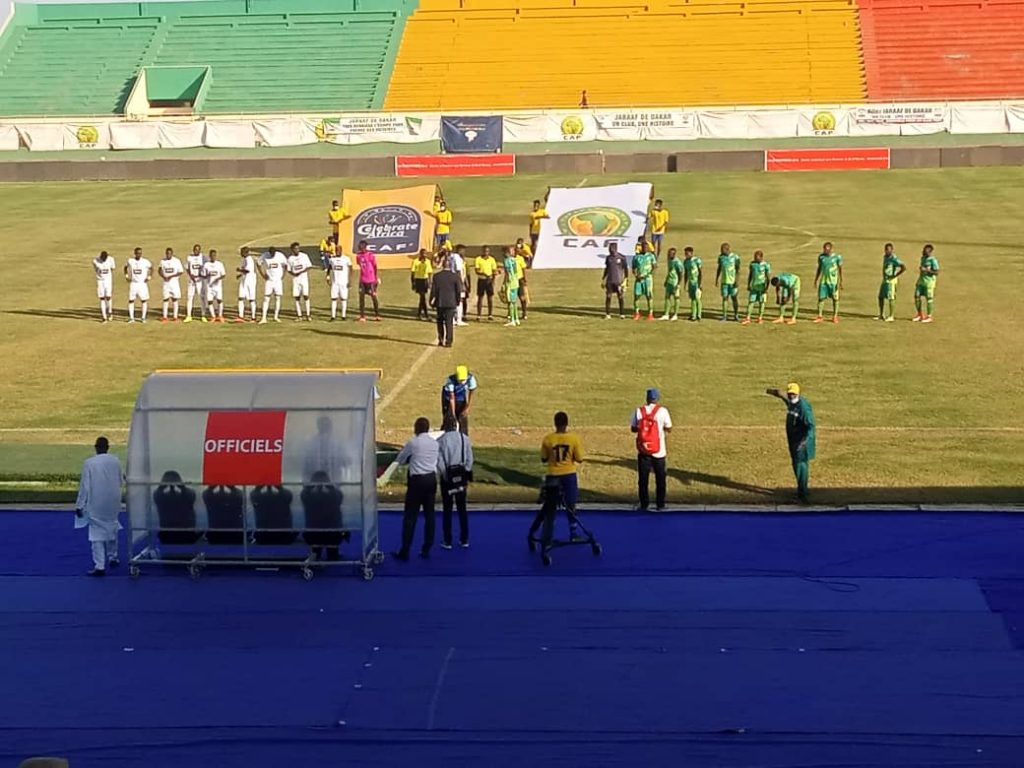 It was a disappointing start to Kano Pillars and Rivers United in the first leg of  CAF Confederation Cup preliminary round on Saturday.

Both Nigeria Professional Football League(NPFL) representatives failed to win in their away game.
Kano Pillars suffered a 3-1 defeat to Senegalese side ASC Jaraaf in the first leg.
The Sai MasuGida side failed to hold on to their 1-0 lead as they slipped to a 3-1 loss.
David Ebuka put the visitors in front from an Achibi Nwenike’s assist before Zaky Bassenewas leveled for the hosts in the first half.
The home side took the lead through Dialo’s header in the 38th minute.
ASC Jaraaf extended their lead through Lubasse Gulye to give the NPFL side a high mountain to climb in the second leg as the game ended 3-1.
Also at Equatorial Guinea, Rivers United lost 2-1 to Futuro Kings at the Mongomo Stadium.
After an impressive start against Futuro Kings that saw Rivers United waste some clear cut chances, they trailed in the 46th minute.
Nkama Gregoire raised high to head the hosts in front.
Rivers United almost levelled through
Chika Godwin but his goal was ruled out for an offside.

Futuro Kings doubled their advantage in the 68th minute.

Godwin Aguda reduced the deficit from the spot in the 77th minute..

Despite effort to level the score, Rivers United could only manage 2-1 and eil be hoping to overturn the deficit.

The reverse fixture will hold next week Sunday at the Yakubu Gowon Stadium, Port Harcourt.

In other CAF Confederation Cup games former Arsenal midfielder Alex Song failed to inspire his Djibouti club Arta/Solar to victory against Al-Mokawloon.
A 19 minutes goal from  Burkinabe defender Farouk Kabore was all the Egyptian club needed to mark their return to continental action.
2020/21 CAF Confederation Cup – Preliminary Round 1st Leg

The second leg of the CAF Confederation Cup preliminary matches will come up next week.