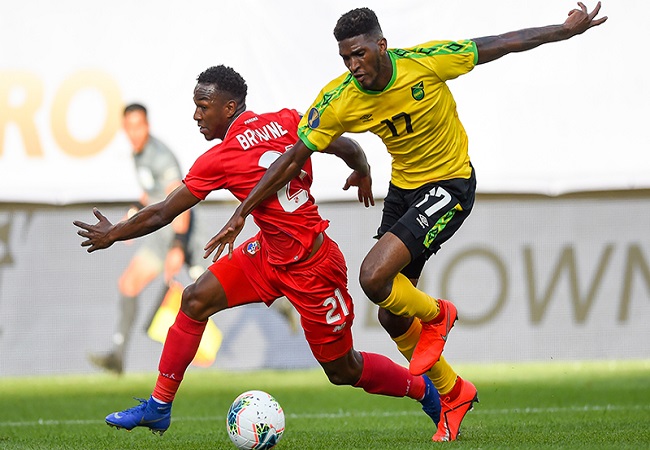 Ittihad of Alexandria have completed the signing of Jamaican international defender and captain Damion Lowe for an undisclosed fee. He is from American club Phoenix Rising FC.

Lowe will now become the first-ever Jamaican to play in the Egyptian Premier League. Signing a two-year deal with Ittihad of Alexandria, he will be with the six-time Egypt Cup winners until 2022.

Lowe is set to replace Islam Gamal, whose contract the club terminated. As well as Togo defender Wilson Akakpo who left for Iraqi side Al Najaf.

Born in Kingston, Jamaica, Lowe started his career in the USA, playing for Hartford Hawks and Reading United. Before MLS side Seattle Sounders FC selected him in the draft.

The 28-year-old center-back never represented The Sounders. And he went on a season long loan to Minnesota United, where he led their defense line. And he was nominated for the NASL young player of the year award.

In 2017, he moved to Tampa Bay Rowdies, before making another switch in the same year to Norwegian side IK Start. Where he made 57 appearances for them, winning promotion to the top tier with them on his debut season.

However, his contract with IK Start ended in May 2020. And he then signed at USL Championship side Phoenix Rising just last September.

On the international level, Lowe has represented Jamaica on 28 occasions. And he was part of their teams at the 2017 Caribbean Cup and the Gold Cup, losing both finals against Curaçao and the United States. He was also part of the team that reached the Gold Cup semis in 2019.

Lowe is the current captain of Jamaica, as he led his country most recently in their two friendly encounters against Saudi Arabia, where he attracted the attention of Ittihad.

Egypt legend Hossam Hassan at the head of Ittihad could lift a trophy this season. As they face African champions Al Ahly in the Egypt Cup semi-finals.

Despite an impressive start to the season, Ittihad finished the 2019-20 Egyptian Premier League campaign in 10th place.