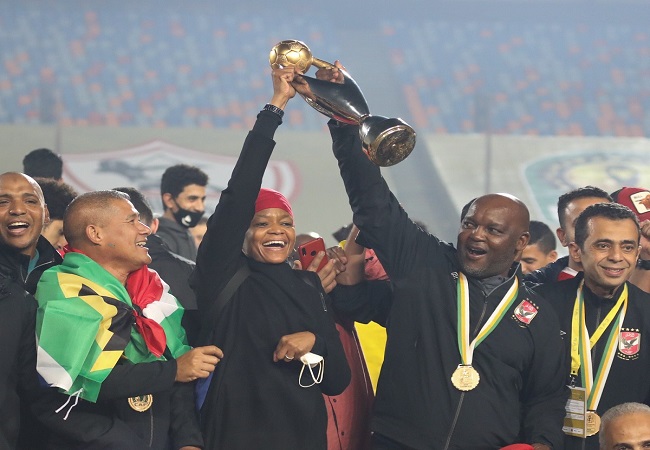 Thanks to South African technician Pitso Mosimane, Al Ahly returned to African summits. It’s after defeating their rival Zamalek 2-1 in the CAF Champions League on Friday.

Though Zamalek dominated the game, Al Ahly won the 100% Egyptian final. Snatched from his Mamelodi Sundowns club late September, Pitso Mosimane led Ahly to their 9th continental crown. It was a spectacular and breathtaking final against Zamalek after which South African technician expressed his delight.

“It’s an incredible and wonderful feeling. Not everyone can the Champions League. It was a tough game. We played against a very good team. Three great goals were scored. I should thank all those who participated in this success. Players, technical staff, president of the club, everyone. The new interclub season starts this weekend. We don’t even have time to take a break. Of course, we appreciate this moment. But we need to start preparing for the CAF Super Cup and the Egypt Cup.” Said Pitso Mosimane, Al Ahly coach to the CAF website.