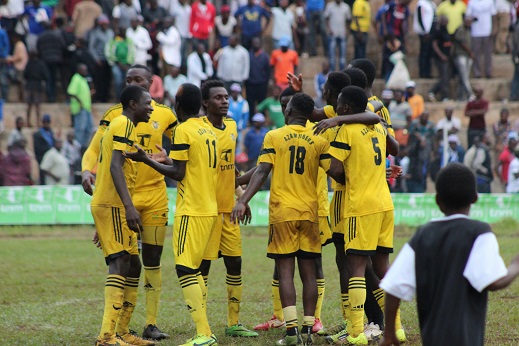 Mighty Tigers FC made use of Mpira Stadium home-ground advantage in Blantyre to beat TN Stars 2-1 on Saturday, November 28 2020 on the opening day of the top-flight TNM Super League.

Left-back Martin Nsewa and striker Tony Mbulu scored in either half to
hand new Tigers coach Rodgers Yasini the winning start.
Yasini’s last coaching job in the Super League was at Nyasa Big
Bullets two seasons ago. He replaced Gerald Phiri Senior who left
Tigers earlier this year.
And on the sunny afternoon, Yasini made sure that the home fans had something to sheer about with the comfortable win.
Nsewa overlapped on the left avenue and curled the ball into the top
far corner of Stars’ goalkeeper Blackson Kotei’s net.
The ball came like a cross and the keeper hardly moved as it
flew into the top corner in the 20th minute.
Nsewa made a similar run two minutes later but Karim Bamusi miskicked
a volley over the bar.
Yasini made changes in the second half with Mbulu coming in for
Kondwani Chilembwe.
Mbulu made an instant impact as he scored in the 77th minute when he
controlled a cross from the right wing, picked his spot before placing
his effort into the top far corner.
Mbulu made amends having missed a sitter earlier.
Stars scored the consolation in added time when Trouble Banda finished
from close range after Tigers defence had gone to sleep.
Tigers: Christopher Mikuwa, Boston Kabango, Duncan Mwale, Masiya
Manda, Martin Nsewa, Dave Nthini, Iven Mwakapenda, Edwin Carlos, Karim Bamusi, Chikaiko Batson, Kondwani Chilembwe.
Stars: Blackson Kotei, Hardson Milanzi, Chisomo Chipembere, Blessings
Josephy, Steve Msiska, Laurent Banda, Peter Luhanga, Chiletso Zoya,
China Chirwa, Ian Chinyama, Trouble Banda