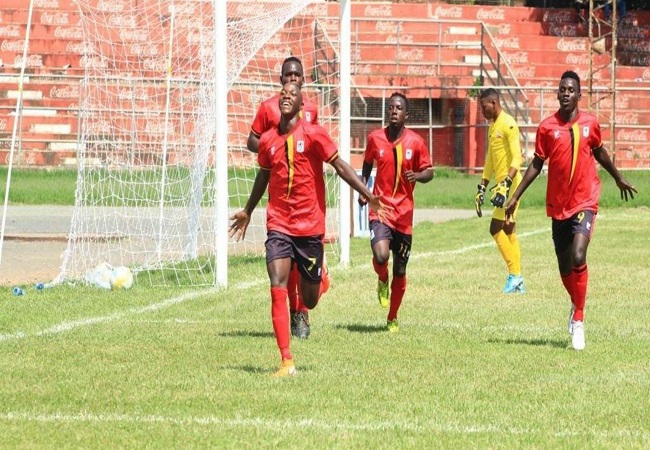 Uganda will play against hosts Tanzania on Wednesday for the Cecafa U20 title. And Uganda head coach Morley Byekwaso has now targeted the Council for East and Central Africa Football Associations (Cecafa) U20 Championship after reaching the final.

The Hippos started their campaign with a goalless draw against South Sudan before defeating Burundi 6-1 in Group C to qualify for the semi-finals against Kenya. They went on to register a 3-1 win over the Rising Stars on Monday to seal their place in the final.

“First of all, I want to thank the Almighty God for blessing us in this way. Because we have won the game successfully.” Byekwaso said after the victory over the Stanley Okumbi-led charges.

“I also want to thank the boys for the effort that they have shown. And I pray to God that He blesses us in the finals. We want to win the trophy because for whoever reaches the final, the focus is always on winning the trophy.”

Captain Gavin Kizito Mugweri has shared the tactician’s sentiments and has promised hard work from his teammates.

“We are going to work hard and take the trophy back to Uganda.” The skipper said.

Forward Ismail Mugulusi was happy to qualify for the finals. And all he wants from his colleagues is focus ahead of Wednesday’s game.

“I am happy because we have made it to the finals. I encourage all my teammates to stay focused so that we can go on and win the title. I thank God for enabling us to reach this level. I also thank all the fans for the massive support towards us” The striker expressed his feelings.

By defeating the Rising Stars, the Hippos qualified for the Africa Cup of Nations U20 competition for the first time in their history.

They will play against hosts Tanzania on Wednesday. The Ngorongoro Heroes qualified after defeating South Sudan by a solitary goal.