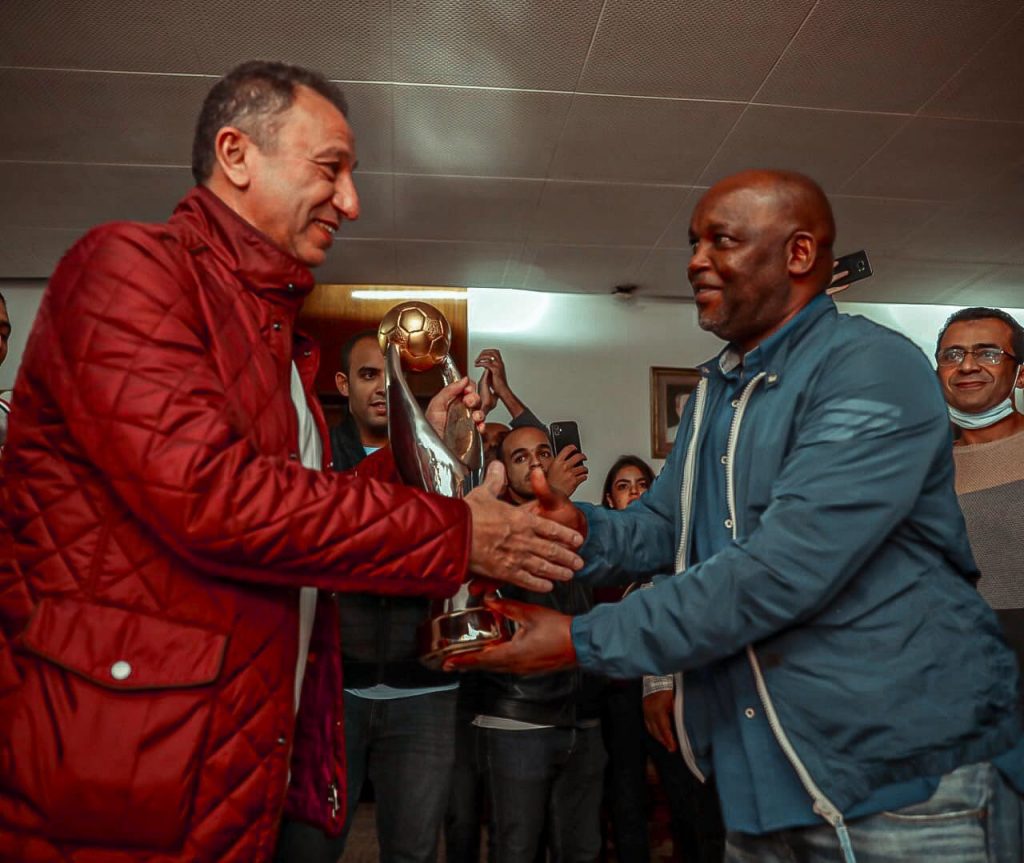 Al Ahly boss Pitso Mosimane is confident his team can claim the highly-sought CAF Champions league title less than a week after leading the Red Devils to the summit of Africa.

However, he managed to finish the league unbeaten and coached the Red Devils from the semi final of CAF Champions league.

Al Ahly beat Moroccan giants Wydad Casablanca 5-1 in two legs to secure their ticket for a Cairo derby against arch-rivals Zamalek who they defeated 2-1 in final.

“The team was already in the semi-finals, so that’s why I’m here, I’m here for the Champions League, so I expected to win,” Mosimane said in a reports of KickOff.

“We have a good team and we’re a big team and if I don’t believe we can win then why am I here? Not to say I knew we’d win easily because we played a good team.

“Let’s be honest they were very good, but at the end day it’s a cup final and derby and we won the bragging rights, Inshallah we’ll win [the Champions League] again.”

“They have a good team, they played well, they really gave us a big scare and made us play better in the second half, they were much stronger,” Mosimane reasoned.

“They played like us in the first half, that’s the way we play but Al Ahly fans, this Champions League trophy is for them. I hope Inshallah corona passes then we can have them in the stadium.

“They deserve the trophy, they’ve waited long, every week they ‘came to the training sessions, everywhere I go they say ‘win the trophy, win the trophy’, maybe I can be a free man now [laughs].”