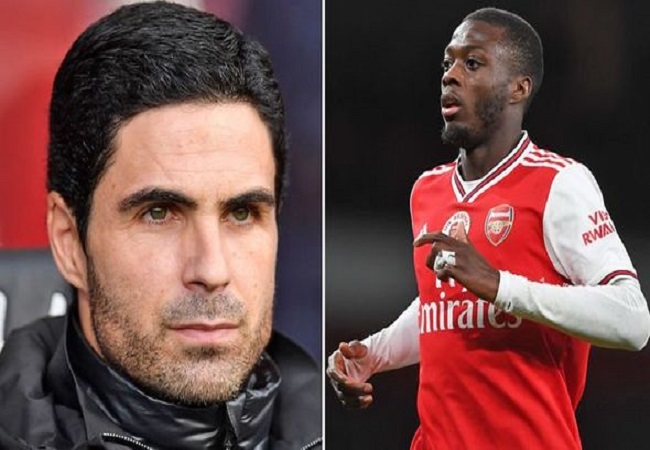 Arsenal have provided a detailed update on the progress of all of their players who are injured.

The Gunners have provided the update ahead of the Europa League clash against Rapid Vienna on Thursday.

Here is the updates since last match:Sead Kolasinac
Tested positive for Covid-19 while on international duty with Bosnia and Herzegovina. Sead is currently asymptomatic and, following negative tests, has been cleared to be available for Thursday’s match.

Thomas Partey
Left thigh. Sustained strain to left thigh during Aston Villa (h) on November 8. Thomas is progressing with his rehabilitation ahead of returning to full training.

Pablo Mari
Left ankle. Sustained significant sprain to ankle ligaments during Manchester City (a) on June 17. Pablo successfully completed 45 minutes for the under-23s on Friday night in the PL2 against Derby County. Continues to participate into full training sessions as he approaches full match fitness.

Gabriel Martinelli
Left knee. Sustained injury during training on June 21. Gabi is now integrating into squad sessions. Aiming to participate in an under-23s match before the end of December.