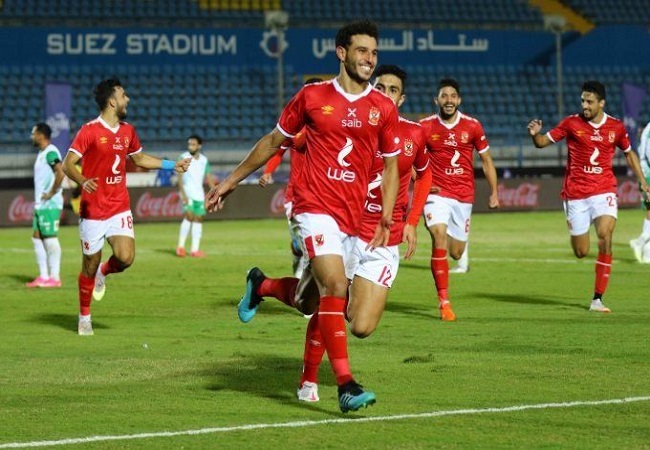 Al Ahly scored a trademark late goal to come from behind to earn a 2-1 victory over Ittihad of Alexandria in the Egypt Cup on Tuesday. Edging thus closer to their first treble in 13 years.

Ahly freshly won the African Champions League with a dramatic last-gasp victory over Cairo foes Zamalek on Friday. They also netted one minute from time against Ittihad to reach their first cup final in three years.

Hamdi Fathi’s angled header at the far post went past the advancing keeper. As Ahly set up a final meeting with Talae El-Geish. They who beat Zamalek 3-1 earlier in the day, on Saturday.

Ivorian winger Razak Cisse, who is on loan from Zamalek, was a constant menace to Ahly’s defence, giving Ittihad a first-half lead.

However, playmaker Magdi Afsha, the hero of Ahly’s Champions League triumph, stole the show again with a 72nd-minute equaliser.

The Red Devils last won the treble in the 2006-2007 season under iconic Portuguese coach Manuel Jose.

Ahly striker Marwan Mohsen missed a sitter midway through the first half, firing high over after being played in by winger Hussein El-Shahat.

They were punished for the glaring miss when the lively Cisse put Ittihad in front in the 35th minute. Slotting into the far bottom corner after a clever flicked pass from Ammar Hamdi released him.

Ahly coach Pitso Mosimane gave a debut to winger Taher Mohamed Taher. He who joined from Arab Contractors, in the second half. He also introduced forward Salah Mohsen, who returned to the club after a loan spell with Smouha.

Both men injected zeal as Ahly poured forward en masse. With Afsha drawing them level with a curling shot from 25 meters that nestled into keeper Emad El-Sayed’s left-hand post. This after Ali Maaloul had pulled an angled free kick back to him.

Fathi headed home following a floated ball from El-Shahat to put Ahly on the brink of a remarkable treble.