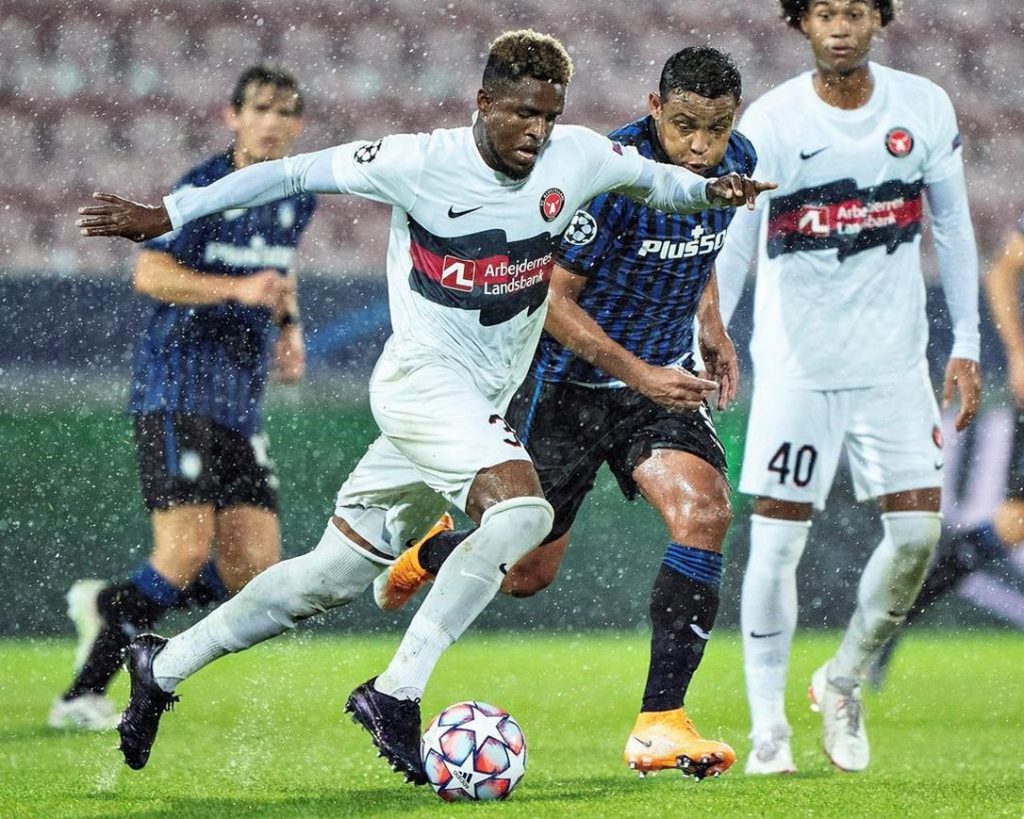 Super Eagles winger Frank Onyeka was in action for the whole duration as FC Midtjylland earned their first point in this season UEFA Champions League against Atalanta.

Onyeka played a vital role for his Danes who have struggled to win in Group D which one of the toughest group.

Alexander Scholz scored for the visitors in the 13th minute before Cristian Romero’s 79th-minute header saved Atalanta from another loss at home.

Read Also: UCL Matchday 5 round up: Liverpool through, Madrid stunned

Onyeka and his teammates received praise from manager Brian Priske who was delighted in the draw.

Speaking in his post-match Onyeka’s manager said the victory is within reach .

He said, “First and foremost, we must be satisfied with and happy to pick up a point in a difficult match against a very good team.

” Of course we give some chances away here and there, but I have to praise the players for adapting in a very short time and then deliver at a high level,

it sounds from the head coach at the press conference after the match and elaborates:

“Then it is clear that you can be a little annoyed that you let one in at the end, but I also think there were a few options for Atalanta before then.

“So we are happy to be on the board and show that we have some qualities in the Champions League as well.”

Onyeka and his teammate will be hoping for a first victory when they host Liverpool at the MCH Arena in the final group stage.