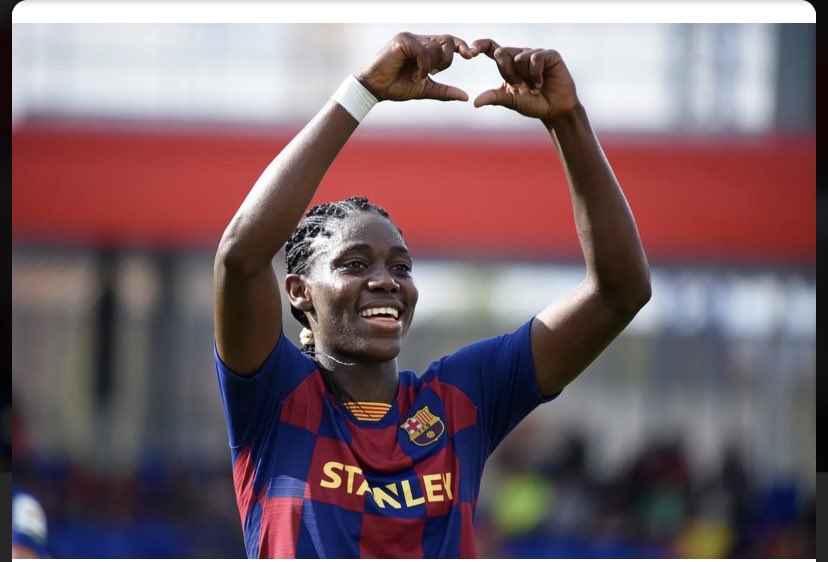 Super Falcons goal machine and Barcelona forward Asisat Oshoala has been nominated for this season UEFA Women’s award.
Oshoala is nominated for the UEFA Champions League fans ‘Women’s Team of the Year.
The shortlist for the voting was released on Tuesday on uefa women’s Champions League official website.
Oshoala was the only African representative in the forward alongside his Barcelona feminine teammate Jennifer Hermoso.
Since her loan move from China‘s Dalian Quanjian in February 2019, the former Arsenal and Liverpool star scored 29 goals in 32 league appearances for Barcelona.
She scored the consolation goal in 2019 Champions League final and has  netted 20 times in 19 outings last season.

The African female football of the year Nigeria is the only African nominated in the first-ever women’s TOTY shortlist.

The list of players was compiled based on the players’ individual performances in European and domestic competition during the 2020 season.
The list comprises of five gaolkeepers,15 defenders, 15 midfielders, and 15 forwards.