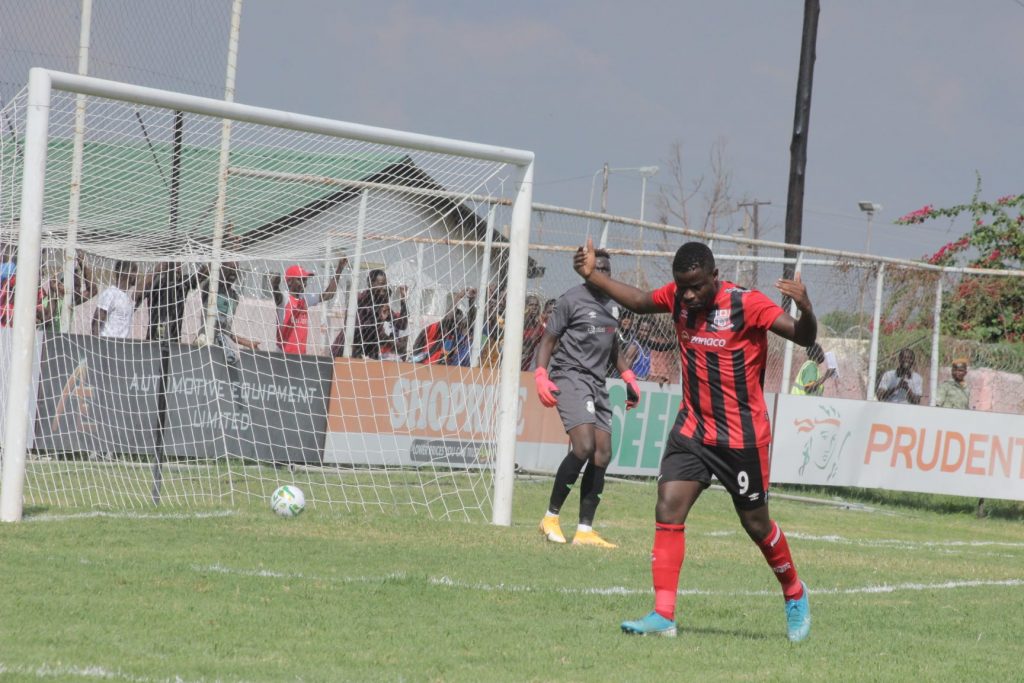 Striker Roger Kola bagged a hat-trick for Zanaco FC in their 6-1 win over Young Green Eagles at Sunset Stadium on Wednesday, 2nd December, 2020.

Young Green Eagles are on 16th place of the log table with four points seven games.

Elsewhere, Zesco moved to second place also with 11 points from seven games after winning 1-0 away to bottom-placed Kitwe United, who have two points from six games.

Green Eagles remain third with 10 points from five games followed by fourth-placed Green Buffaloes who have nine points from seven games after being held 0-0 by Lusaka Dynamos also on Wednesday.