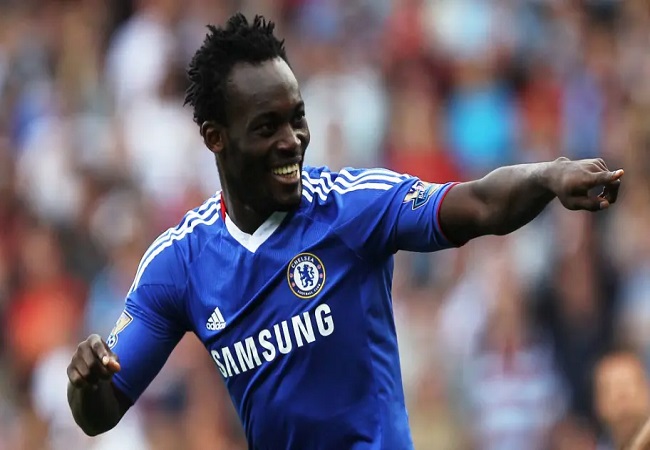 We look back at Michael Essien’s two most memorable goals for Chelsea on the day of the player’s 38th birthday.

Ghanaian midfielder scored 25 goals in 256 appearances for the Blues, playing a key role in their success between 2006 and 2012 which culminated with them lifting the Uefa Champions League title in Munich.

Of Essien’s goals for the London club, two stand out. The first of which came on 10 December 2006 in a 1-1 draw versus Arsenal in the Premier League. This stunning long range strike which started outside the post — seemed to travel forever —. Before rifling into the top corner of the net, was voted Chelsea’s Goal of the Season and for good reason. Kindly watch as below :

Essien scored another classic, this time on 6 May 2009 in a 1-1 draw versus Barcelona at Stamford Bridge. It was during the Uefa Champions League semi-finals. His left-footed volley came within minutes of sending the Blues through to the final, only for Andres Iniesta to break Chelsea hearts.

He duly won Chelsea’s Goal of the Season award for a second time. And the strike was also nominated for the Fifa Puskas award. Rewatch, relive it, here: