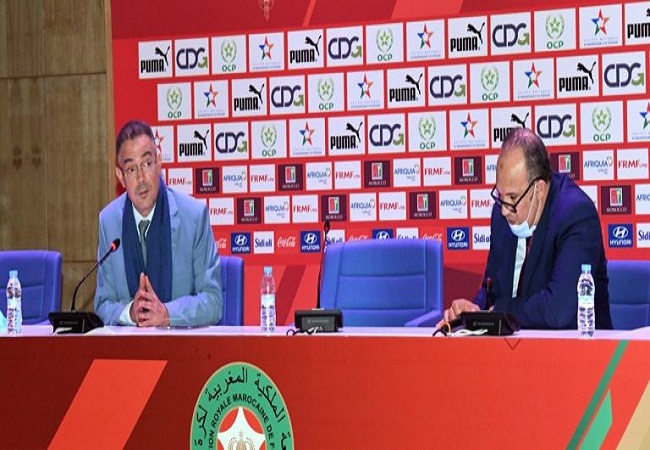 Last weekend, the Royal Moroccan Football Federation (FRMF) organised a meeting with the presidents and technical directors of Botola Pro D1 and D2 clubs. The meeting took place at the Mohammed VI Football Complex in Maâmoura under the theme, “Players’ training centers”.

Opening the meeting, the president of the FRMF, Mr. Fouzi Lekjaa, outlined the measures taken to ensure a good start of Botola Pro Inwi D1 and D2 on 4th December 2020.

During the meeting, Lekjaa stressed the importance of training centers in the promotion of football. Calling on clubs to work to achieve this goal and make player training a tool for football development in Morocco.

FRMF president noted that the foundation of healthy training are adequate infrastructure and the competence of technical staff.

In the same context, the Director General of the National Agency of Public Equipment, Ms. Zineb Benmoussa, presented in a first presentation the prerequisites for the construction of training centers that meet the standards in force. In her second presentation, Ms. Benmoussa presented the project for the new headquarters of the FRMF and the national leagues at the Mohammed VI Football Complex.

For his part, the National Technical Director, Osian Robert, presented the strategy of the DTN for the period 2020-2024. And which concerns the national teams, the support of training centers, the training of coaches and women’s football.

During the meeting, the National Coach of the Atlas Lions, Mr. Vahid Halilhodzic, welcomed the training programme followed by the FRMF. And he called on the clubs to broaden the base of technical and medical staff in order to meet the needs of modern football. Halilhdozic said he was proud to cooperate with all the technical staff of the national clubs.