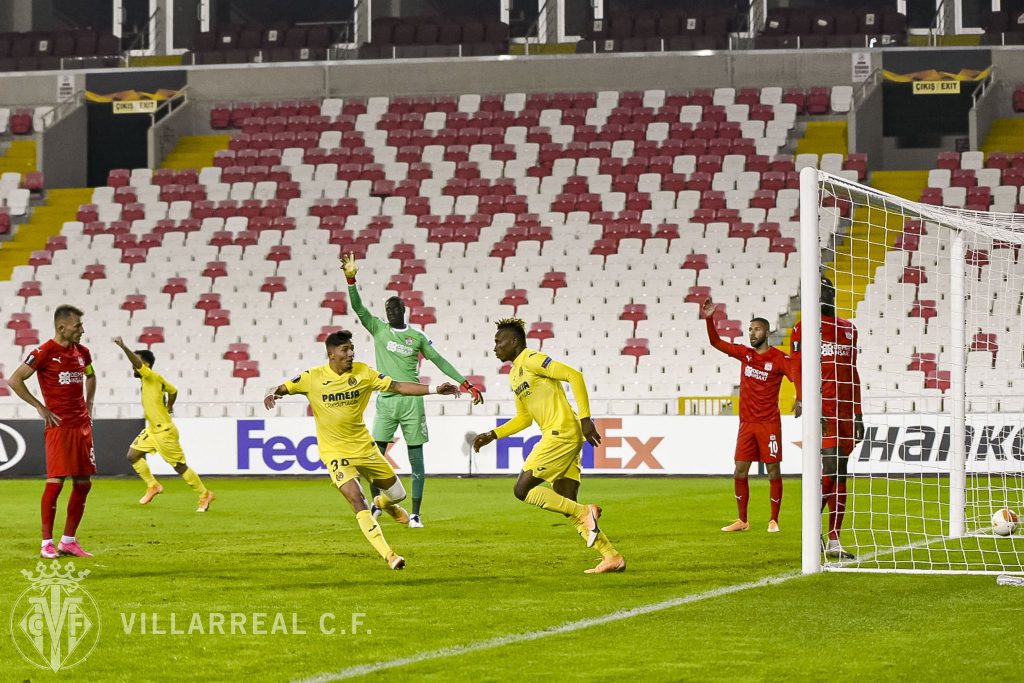 Samuel Chukwueze fired Villarreal t9 the round of 32 in the Europa League following a 1-0 win against Sivasspor in Group I on Thursday.

Chukwueze netted the lone goal of the game in the 75th minute in a pulsating encounter that saw both sides miscued clear cut chances.

The Super Eagles winger however did not complete the game as he was replaced a minute later.

The victory guaranteed  the Yellow Submarines a place in the knockout stage, a victory Unai Emery relished.

Emery in his post-match presser said the team is on the right track having secured qualification.

He said, “Our objective was achieved in two directions.

“To finish top of the group when we were playing against a team that needed to win to have a chance of going through to the next round and who challenged us for the full 90 minutes.

“We knew what we had to do to seal our place in the next round.

“And secondly, to keep combining experienced players with young players, who are growing with each performance and playing at the level we demand of them.”

Reflecting on his players performance that earned them a vital away win the former Arsenal manager said;

“I’m happy with qualifying, and also with our solid performance tonight.

“Our expectations for this competition are to enjoy it to the full, focus on every round and compete. On the way we’ll see how far we can go.”

Lastly, the boss talked about his side’s goalscoring form, with Villarreal becoming the club to have scored the most goals in the history of the Europa League group stages with tonight’s win:

“I’m proud to be able to help and contribute to Villarreal on this journey.

“In Spain we’re a recognised and respected club, as we are in Europe too.

“That’s something we can all be proud of and we have to continue working hard and upholding the club’s solid structure.”