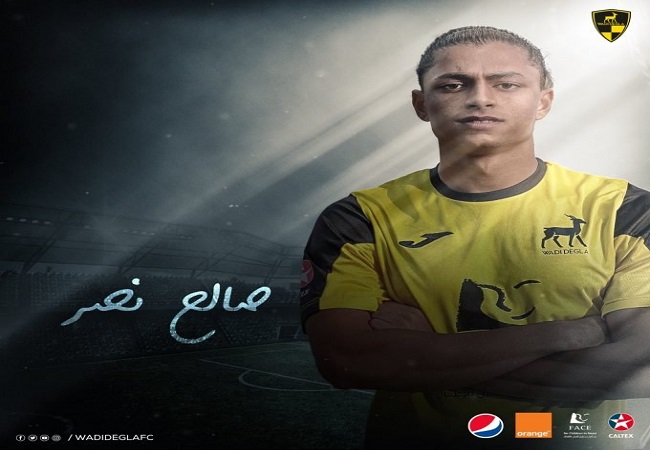 Al Ahly young winger Saleh Nasr has officially signed a one-year loan deal with Egyptian Premier League rivals Wadi Degla. Nasr is a product of Al Ahly’s academy. And despite not making a single first-team appearance, he has been acknowledged as one of the club’s top future prospects.

The winger will join an ambitious Wadi Degla side. They who have been looking to improve on their position in the league. As they have been struggling for the past two seasons, despite their solid performances.

On the other hand, they lost the services of Rafik Kabou and Abdelkabir El Ouadi to Smouha, Body and Abdallah Mahmoud to Ceramica Cleopatra, Vasilios Bouzas left on a free. And their star man Ahmed Ramadan Beckham has left for Cairo giants Al Ahly.