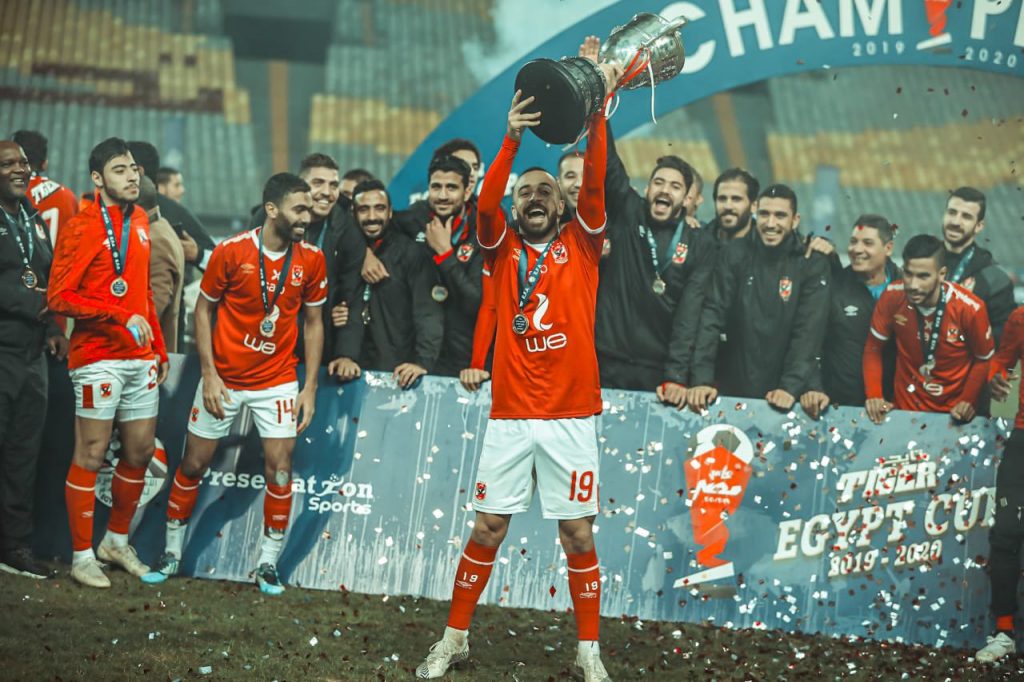 What a year for Al Ahly ! The Red Devils have won their second trophy in less than two weeks after the CAF Champions league title.

Kharaba came off the bench to open the scoreline at the 65th minut for Ahly, before Nasser Mansi equalised for El Gaish in the additional time (90+2) he later missed his penalty against Mohamed El Shenawy as two of his teammates and Pitso Mosimane side claimed the trophy.

Their third this year including the Egyptian Premier League title.