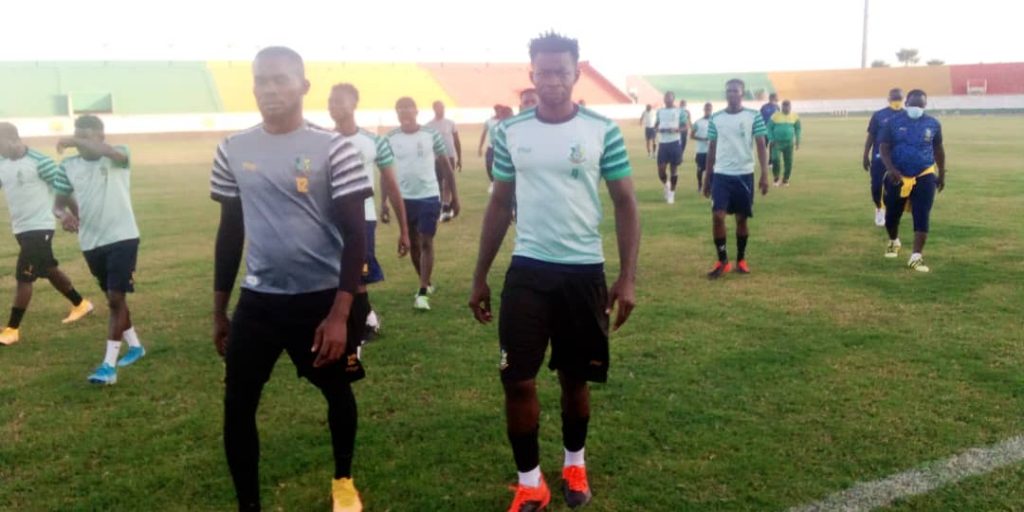 The management of Kano Pillars F.C has described its early exit from the 2020/2021 CAF Confederation Cup as a shocker to both the management and players of the team.

This was disclosed by the Media officer of the club Rilwanu Idris Malikawa shortly after Kano Pillars played 0-0 draw with ASC Jaraaf F.C of Senegal in the second leg preliminary stage encounter played at Ahmadu Bello stadium Kaduna on Saturday 5th December, 2020.

In the first leg sai masu gida lost 3-1 to Jaraaf F.C in Dakar, Senegal last week. All efforts made by Kano pillars F.C to score two unreplied goals proved abortive and assured their crashing out of the competition.

Malikawa said the crashing out of two NPFL teams (Kano Pillars and Plateau United FC) is an indication that there is problem somewhere else in the Nigeria football league.

Idris Malikawa implored football Administrators and other stakeholders in the country to do the needful in order to save the professional football in the country.

The situation of covid -19 affected our football in the country but the issue is a global issue. Nevertheless some countries managed the crises and started their league for the survival of their football so let us borrow the leaf from them, Malikawa said.

He said the team now is going back to sit-down and analyse their mistakes ahead of the 2020/2021 NPFL season in order to have a successful outing.

“Let me use this opportunity, on behalf of management, technical crew and players of Kano Pillars FC to extend the club’s official apology to our fans and entire football family in the country on the situation we found ourselves which is not our making”, Malikawa said.

He then commended Kano state Governor Dr. Abdullahi Umar Ganduje for the untiring support, both morally and financially at all times to the team and entire people of Kano state for the unwavering concern they have for the progress of the club.

“That is football” to win, draw or lose but we never expected that we are not going far in this competition. However, man proposes but God disposes. Whichever God chooses is the best and we trust in God, the Pillars spokesman emphasized.

The LMC Chairman Alhaji Shehu Dikko who watched the last 35 minutes of the game refused to talk to the journalists on the situation that Pillars and Plateau United F.C found themselves with both teams crashing out from the continental competitions so early.

Malikawa then wished Enyimba International and Rivers United all the best in their second leg matches to hold tomorrow and urged them to come all out to make Nigerian football family proud.