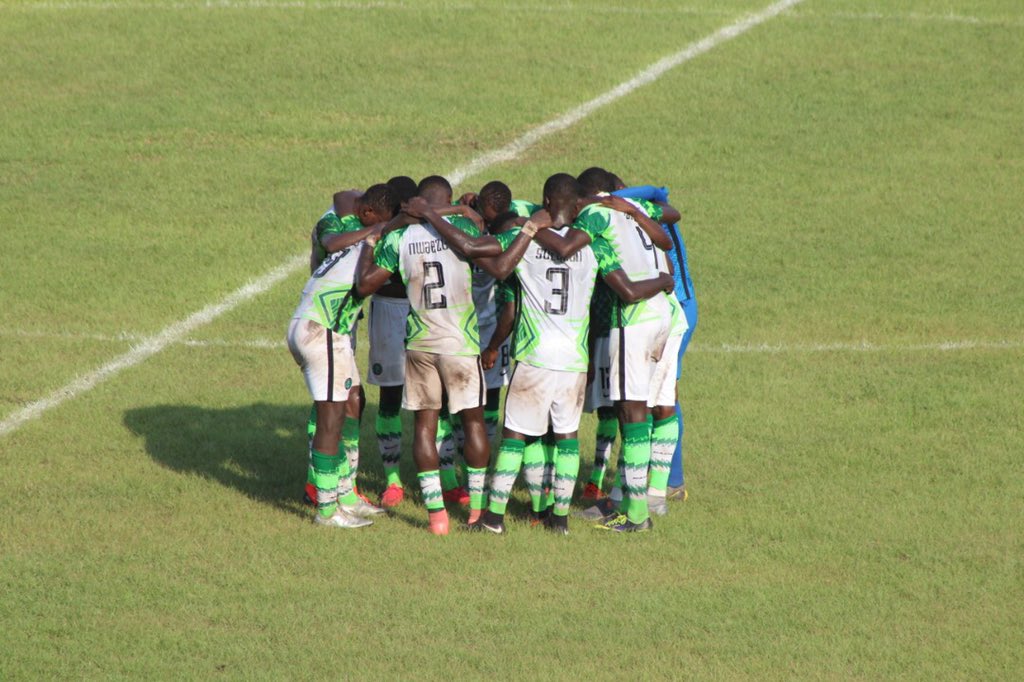 Nigeria Flying Eagles started their U20 AFCON WAFU with a 1-1 draw against Cote D’Ivoire in Group B opening game in Benin Republic on Sunday.

The Flying Eagles left Nigeria on Saturday for the competition familiarizing themselves for a little whole before the game on Sunday.

Both teams failed to score in the first half with Nigeria getting most of the chances unable to convert with Peter Olawale and Chris Nwaeze narrowly missing the target.

The Flying Eagles continued from where they stopped in the first half creating most of the chances.

In the 61 minutes, Nigeria broke the deadlock through  Chris Nwanze who headed home from a Wisdom Ubani’s free-kick.

Ladan Bosso lads had the opportunity to increase the tally but failed to do so.

Goalscorer, Nwanze was them shown a red card for a second bookable offence as the Flying Eagles had to play the remaining 21 minutes with 10 men.

With the numbers on the Ivorian side, they piled pressure on the Nigeria and when the Flying Eagles thought they had the three points, they were stunned ad the Ivorian equalized.

Nigeria will face Black Satellites of Ghana on Wednesday in Group B.

On Saturday, hosts Benin Republic suffered a 1-0 loss to Niger.

Them Togo and Burkina Faso played a 1-1 draw.