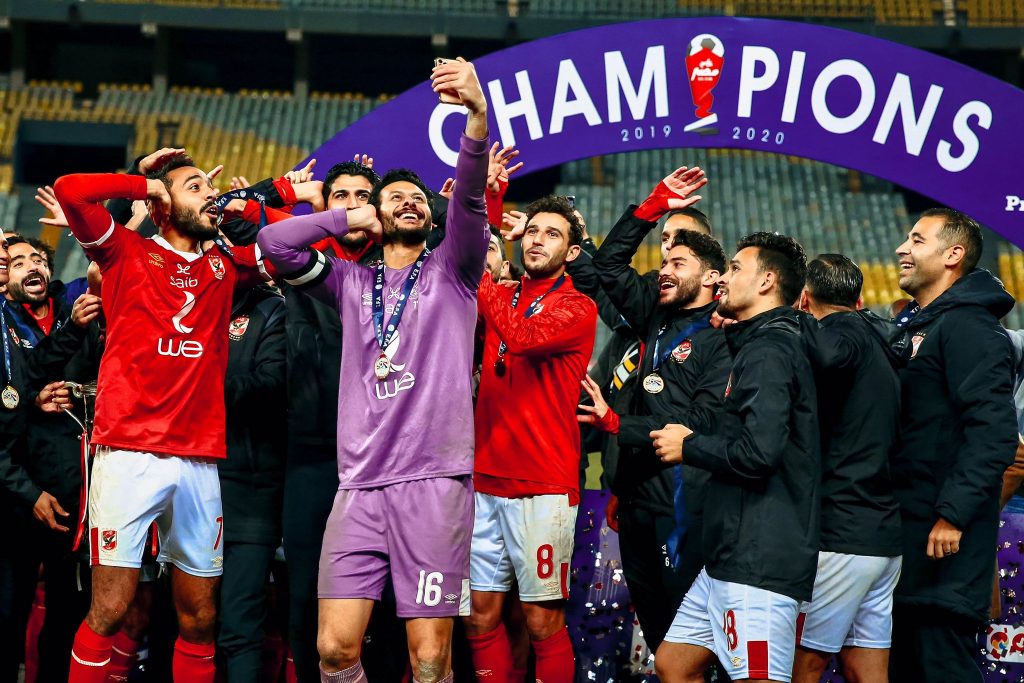 Mohamed El-Shenawy is still hungry of trophies as the number Al Ahly goalkeeper said his club eyes special participation at the next Club World Cup.

El-Shenawy played a major role in Red Eagles’ treble-winning year with the Egypt Cup being their latest trophy after the Egyptian Premier League and CAF Champions League.

The 2021 Club World Cup will take place in Japan from February 1 to 11 and the Pharaohs shot stopper said he is set to help Pitso Mosimane’s side achieve great things in the tournament.

“I am staying at Al Ahly and my goal is to participate with the team in the Club World Cup” Mohamed El-Shenawy told KingFut.

“Our goal is to achieve something special at the Club World Cup and not just taking part in it.

“I am never leaving Al Ahly without the club’s consent,” he added.