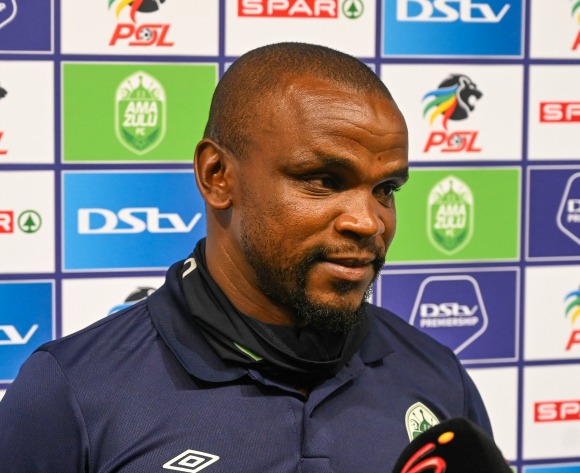 Ayanda Dlamini has resigned as AmaZulu FC coach in the South Africa Premiership, the third coach to face such an ordeal this campaign.

The Durban-based club has confirmed the stepping down of the coach, weeks after Eric Tinkler was shown the exit door at Maritzburg United and Patrick Aussems also got the bullet at Black Leopards.

It is unclear whether Dlamini has been pushed aside or he has indeed thrown in the towel as the club suggests in a statement released on its website.

“We would like to officially announce that coach Ayanda Dlamini has voluntary stepped down from his head coaching duties with immediate effect and will be re-assigned to the role of coach within the club’s development ranks.

“Assistant coach Allan Freese will step in as interim head coach of Usuthu while the club’s management evaluate a way forward,” the club’s statement reads.

Under his reign, AmaZulu won once in six games and now the team sits 11th on the log table.

Dlamini stepped into the head coaching role back in February 2020 and helped AmaZulu to beat the drop.

He had then stepped in for the then suspended Jozef Vukusic who eventually got the sack.

AmaZulu FC President, Sandile Zungu, has since been diplomatic, hailing Dlamini for the work he has done with the team.

“Coach Ayanda has done a phenomenal job since assuming the head coaching role. The passion and zeal the players have demonstrated under his tenure as head coach demonstrates that he is one of the prospects for the future,” he is quoted as saying.

“We will continue to trust him with the advancement of our development structures because he is fully committed to Vision 2032. His role is very integral in ensuring that AmaZulu have a solid base of young players coming through the ranks.”

Reports suggest that Dlamini will be redeployed into the youth structures of AmaZulu.