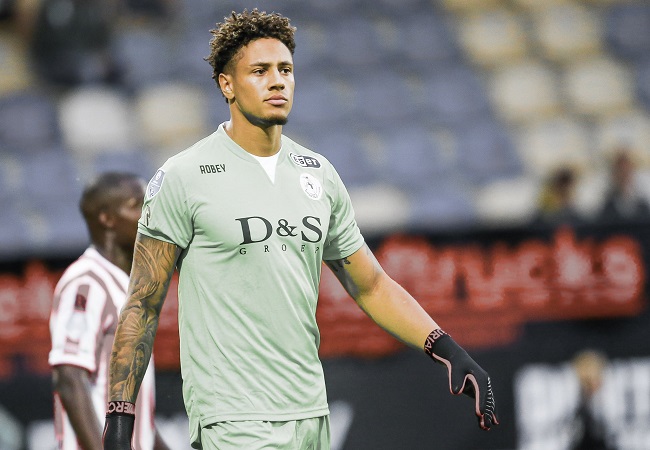 The Super Eagles glovesman Maduka Okoye has stepped up his performances after a woeful top-flight debut against Heerenveen. A meeting that saw him concede four goals. And in his next game, this time for Nigeria, he let in another four goals as the national team surrendered a four-goal lead to draw with Sierra Leone.

Okoye has seemingly convinced Sparta Rotterdam manager Henk Fraser that he has the qualities to be the club’s first choice goalkeeper ahead of ex-PSV and Ajax trainee Benjamin van Leer, having conceded two goals in his last four matches in the Eredivisie.

“Nélson Dida was my idol. For me he was the greatest. I love his style. But nowadays, it is Marc-André ter Stegen“. Nigerian stopper declared to Voetbal Rotterdam while answering about who his idol growing up was.

As soon as he named his idol, the Nigeria international went on to reveal that Ajax Amsterdam glovesman André Onana is surely the best African goalkeeper currently with Chelsea’s Edouard Mendy coming second.

“André Onana is also a great goalkeeper. I love to watch him. Definitely, he’s the best African goalkeeper at the moment. The second one is Mendy from Chelsea.” Okoye added.

When asked to pick between Vincent Enyeama and Peter Rufai, he went for the former Lille shot-stopper.

“I have definitely watched more of Enyeama. Because he’s more of my generation. I go with Enyeama.

“For me he is definitely the greatest Nigerian goalkeeper ever. And also one of the best to play in the French League.

“Of course I know Peter Rufai but not as a person. I think he was the first Nigerian goalkeeper to play in the Netherlands with Go Ahead Eagles. But I know more of Enyeama.”

German-born Okoye had his footballing education at Bayer Leverkusen and Fortuna Düsseldorf before a cross border move to Sparta Rotterdam in July 2020.