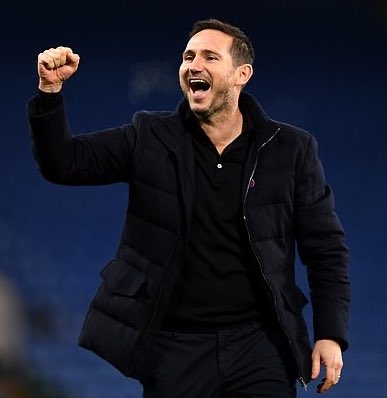 Frank Lamaprd was pleased with Chelsea performance after they rounded up the UEFA Champions League without losing any game following a 1-1 draw against Krasnodar.

Chelsea have already booked their place in the last 16 as top of group leader as Lampard gave chances to some players in the final group game at Stamford Bridge.

Lampard made 10 changes from the squad that defeated Leeds United in the Premier League.

Lampard while reflecting on the game said it was a good work .

“It was a good workout, particularly with some of the individual performances in there,’ he explained.

“There were no injuries, we got the work in the legs for people that needed it and also the ones that come off the bench because we’ll be needing them this week so I’m very pleased.

“We wanted to win but it a tough game to navigate.

” I asked the lads to be professional and get their attitude right and they all certainly did that.”

The boss was asked to react to the performance of Gilmour who out up an impressive performance despite just recovering from injury.

He said, “I thought Billy was outstanding. The way he played today and how he trains, I see him growing with us.

“He’s going to be a Chelsea player so it’s just about making sure the pathway is right for him.

“He made that pathway right last season and then got injured at the wrong time but playing like he did today, he’s got a lot to offer us.”

The former Derby County manager also expressed his pleasure over the performance of every other players.

“Everyone was pretty good. Kai Havertz did some really nice things.

” I asked him to play on the wing today, even though we’ve seen him more centrally recently but he can do different roles for us, which will be important.

“Kovacic again showed his qualities, Rudiger was solid at the back, Azpilicueta professional.

” I liked the discipline of the team.

“You’ve got to respect the opponent and they had a few little counter-attack moments but nothing great themselves.

” Maybe there was a bit of zip taken out of our performance in a way but I’m relatively happy.’